The founding charter of the FMI was signed on April 8, 1970. 50 years later, we planned to celebrate this anniversary with a large science symposium, public lectures and internal events.
Unfortunately, due to the Covid-19 pandemic none of these events could take place.

» More about the FMI 50th Anniversary. 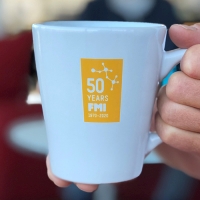 Throughout 2020, we celebrated 50 years of the FMI across our social media channels (see links here) by sharing a series of ‘Did you know?’ facts about our history. The highlights detail our founding, major achievements, and the key turning points in the evolution of the scientific research themes that the institute has become world famous for. This page gives an overview of the campaign. 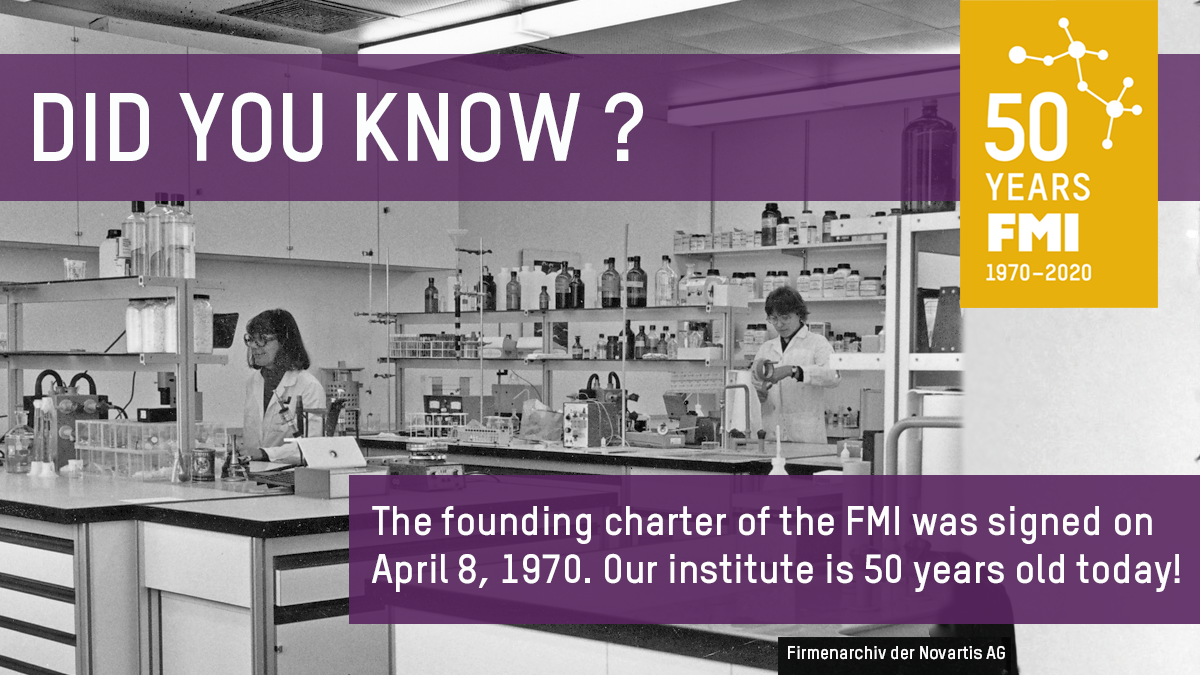 The founding of the FMI

The FMI was founded by Ciba and Geigy (two Basel-based pharmaceutical companies that would merge and grow to become Novartis in 1996) to bridge the gap between high level academic research and the pharmaceutical industry. The new joint institute was given the freedom to pursue open-ended biological research, but was asked to interact with company scientists so that biological discoveries would influence pharmaceutical development – a novel and visionary step at the time.
» Read more 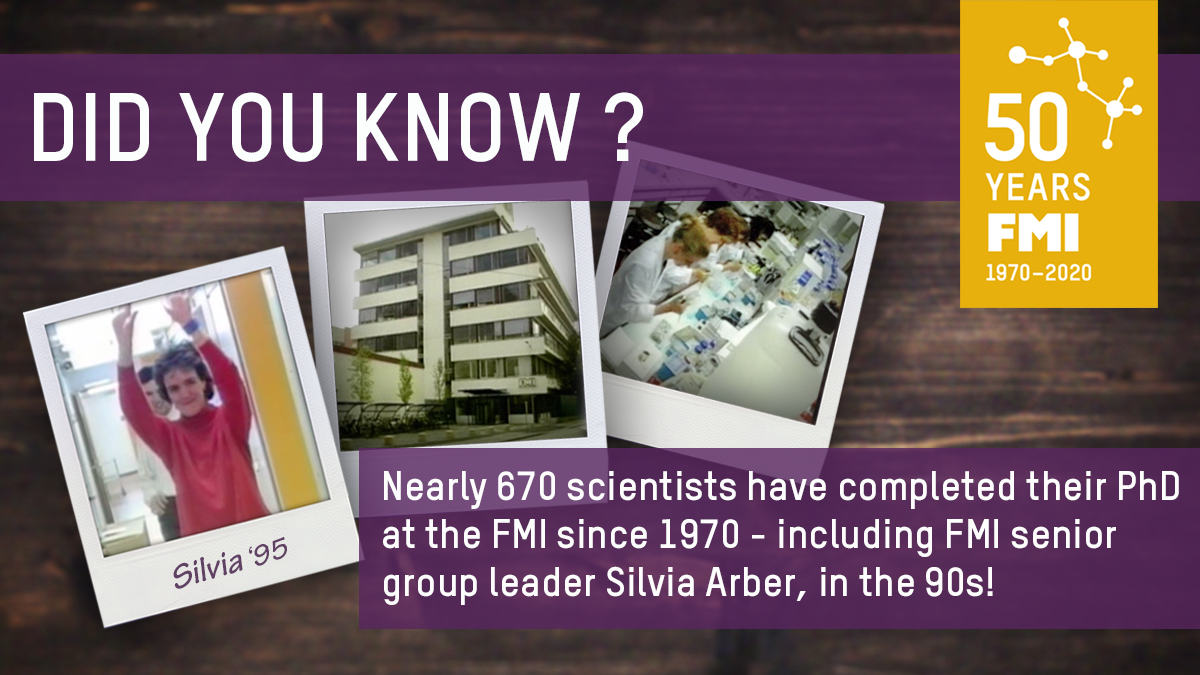 Training the next generation of scientists

The founding charter of the FMI said that the new institute should “provide opportunities to young scientists from around the world to take part in scientific research.” The FMI established close ties with the University of Basel, Switzerland and has participated in the graduate teaching program ever since. Over the past 50 years, nearly 670 doctoral students have been trained at the FMI. Many of them subsequently took on leading roles in the pharmaceutical industry or in university research.
» More information about the program 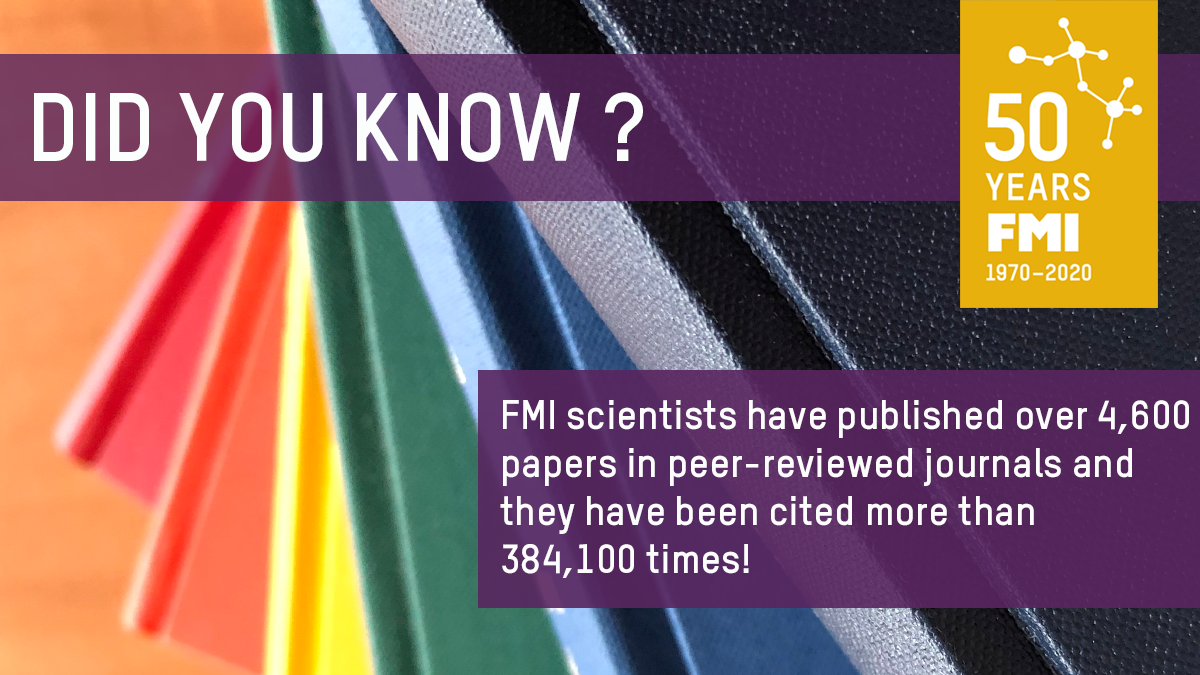 The results of the research that we carry out are published in peer-reviewed scientific journals. Currently, the FMI publishes ca. 120 articles a year. The average citation rate of all papers published since 1970 is 83.7!
» Search our publications 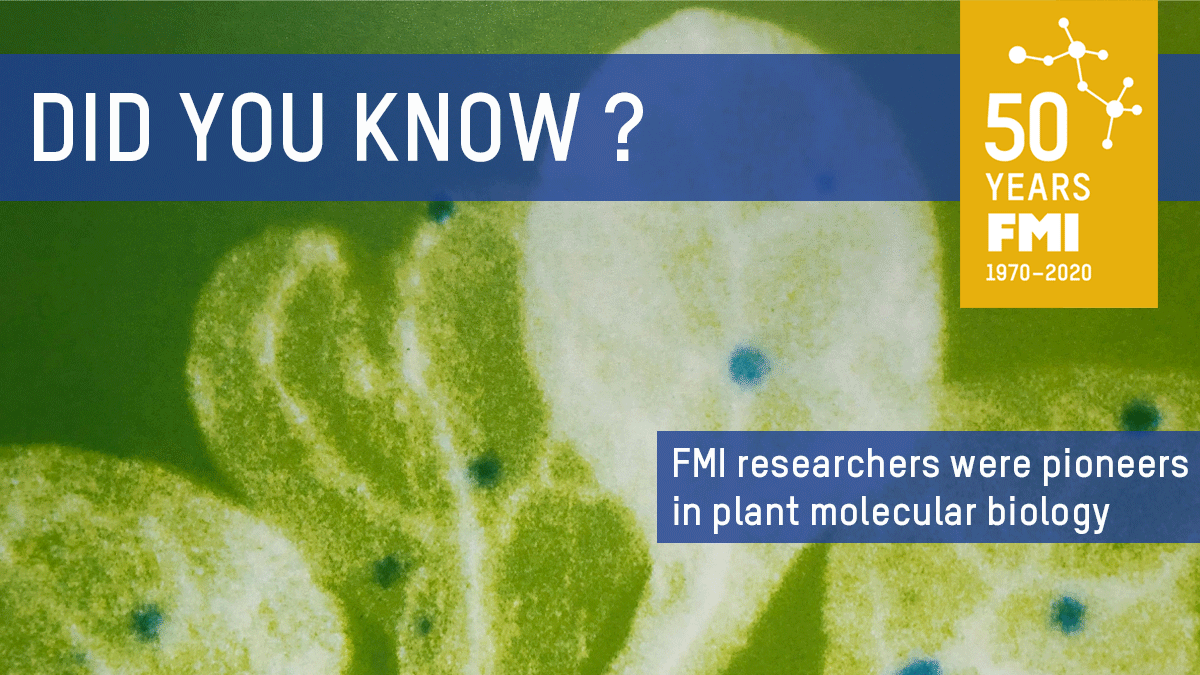 From 1976-2000, the FMI was heavily involved in plant biology, publishing several novel protocols for plant transgenesis that opened up the field of plant molecular genetics and ushered in the era of genetically improved crops.
» Checkout key publications here
» and here 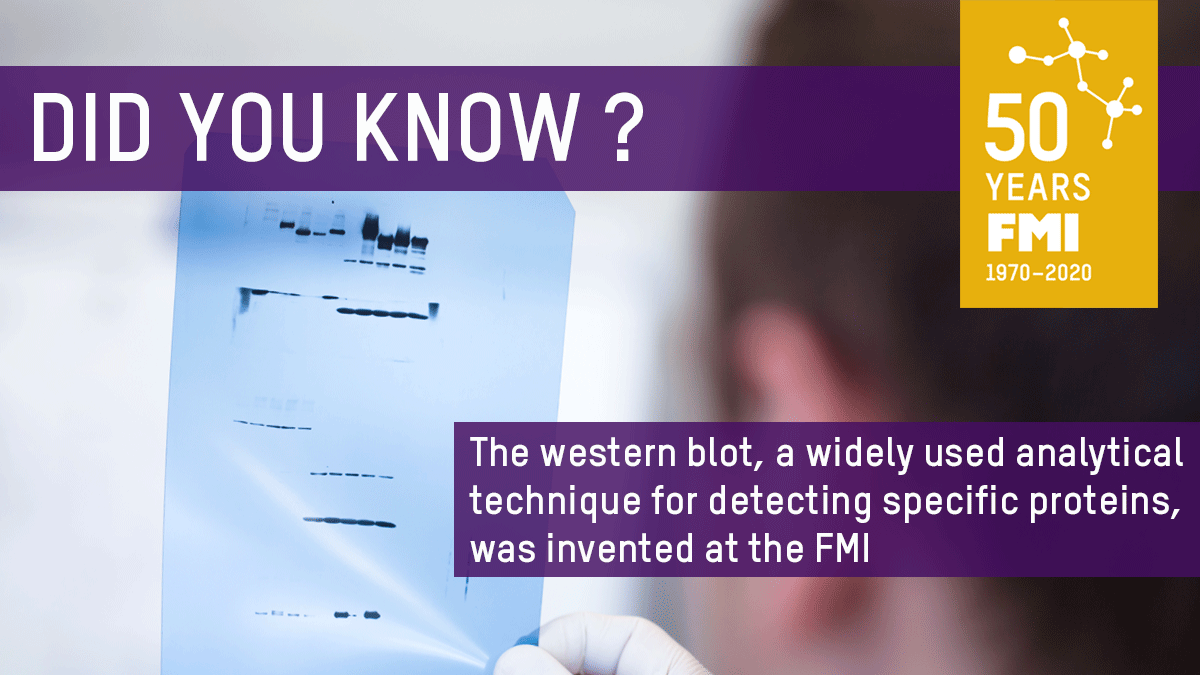 The invention of the Western blot

The western blot technique for detecting specific proteins with antibodies - now a staple biochemical tool - was invented in 1979 by Harry Towbin at the FMI. The protocol has since become the most highly cited FMI paper ever, with 55,959 citations!
» Read paper 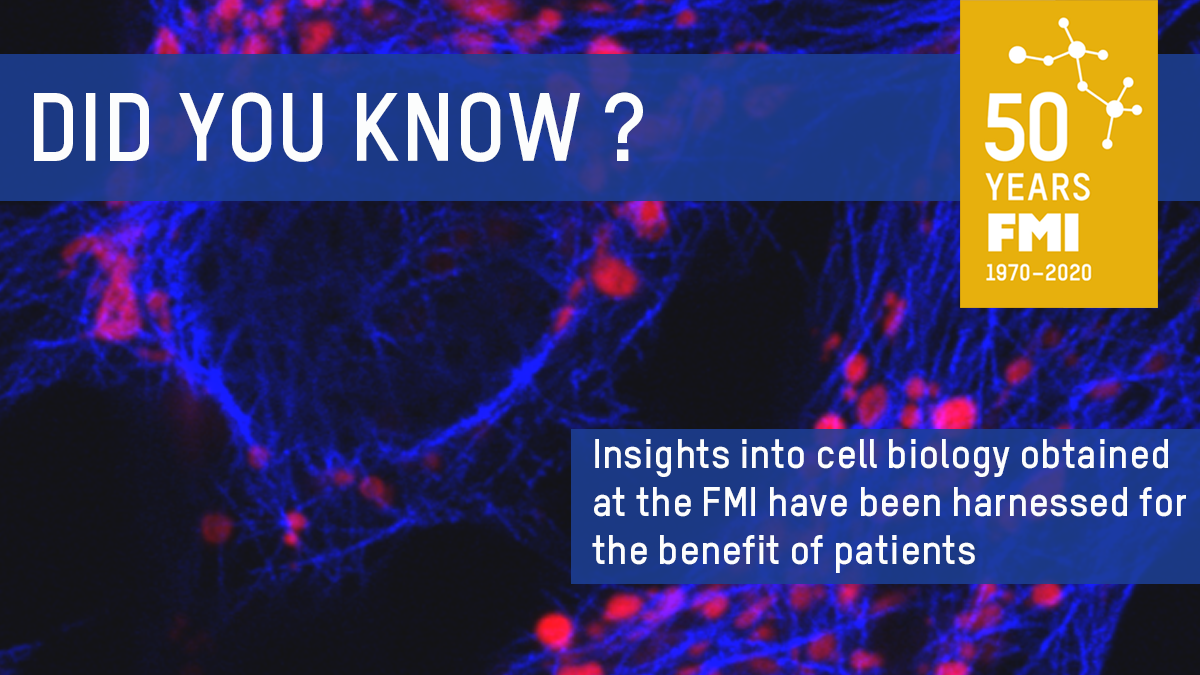 In the '80s and '90s, FMI scientists studied protein phosphorylation in cell cycle signalling pathways. Their insights contributed to the development of protein kinase inhibitors for cancer therapies. 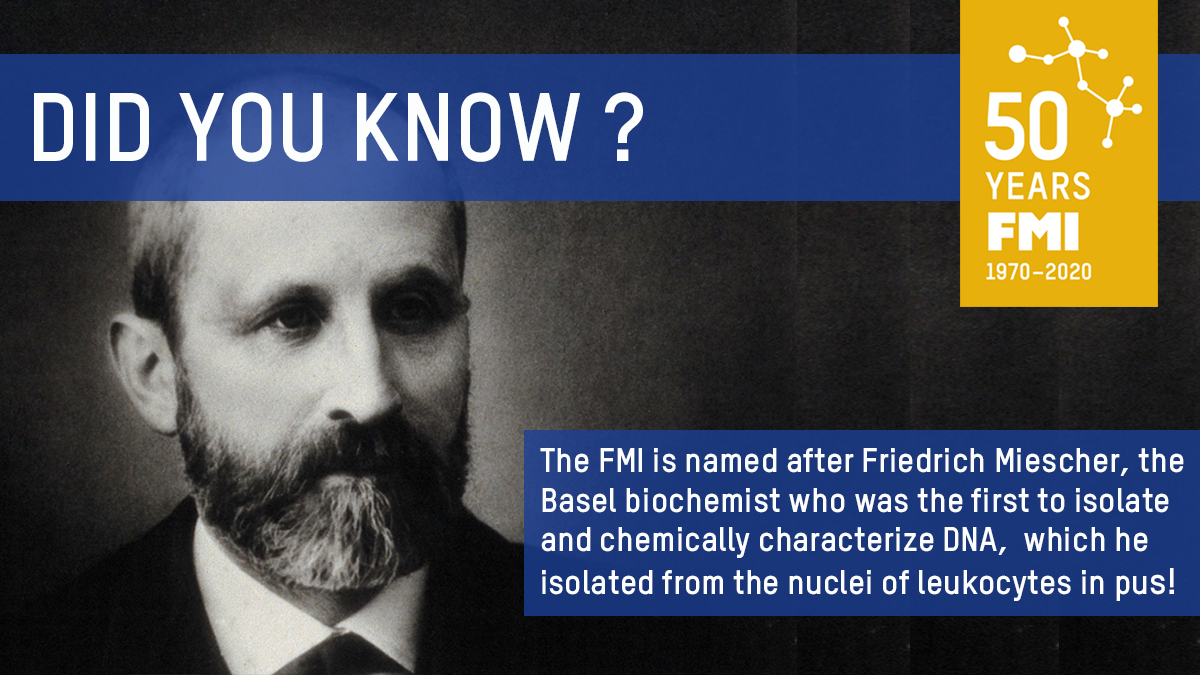 Our institute was founded in Basel in 1970, 100 years after the discovery of DNA by Miescher, and DNA would be at the heart of the research to be conducted at the new institute – all good reasons to name the FMI after Friedrich Miescher!
» Read more 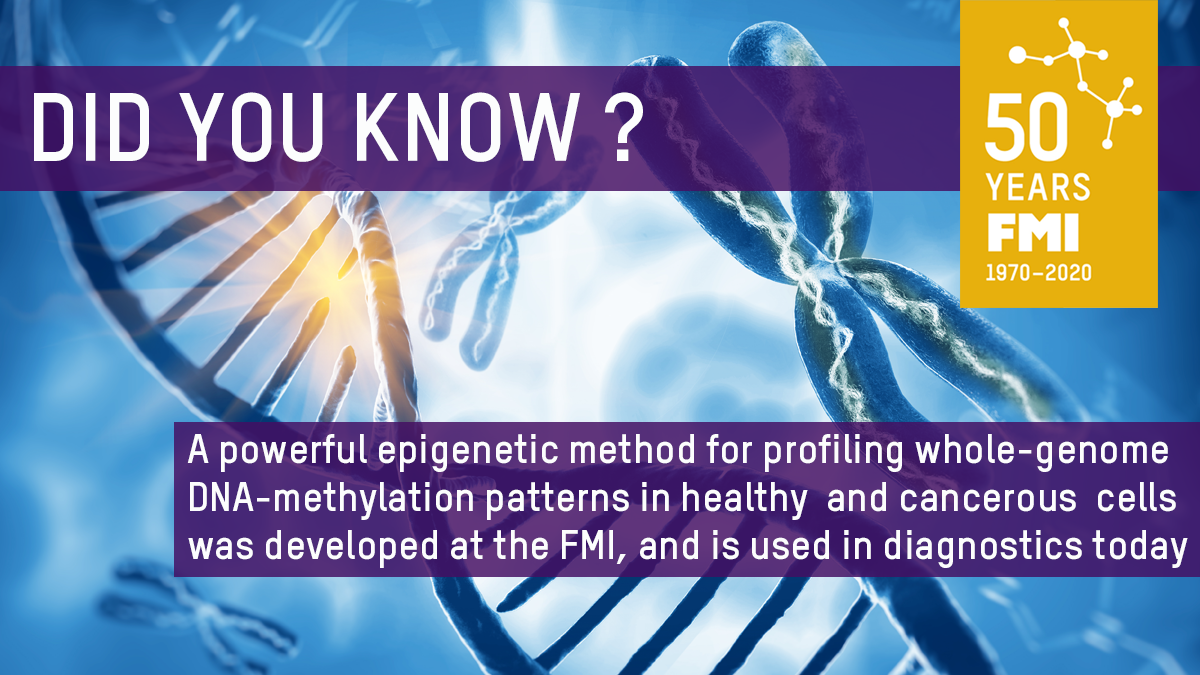 Since the 80's, Epigenetics has been a key research area at the FMI. Our achievements include a method enabling epigenomic maps of DNA methylation in both normal and cancerous cells, which became a widely used diagnostic tool.
» Read about the method
» Learn more about our Epigenetics groups 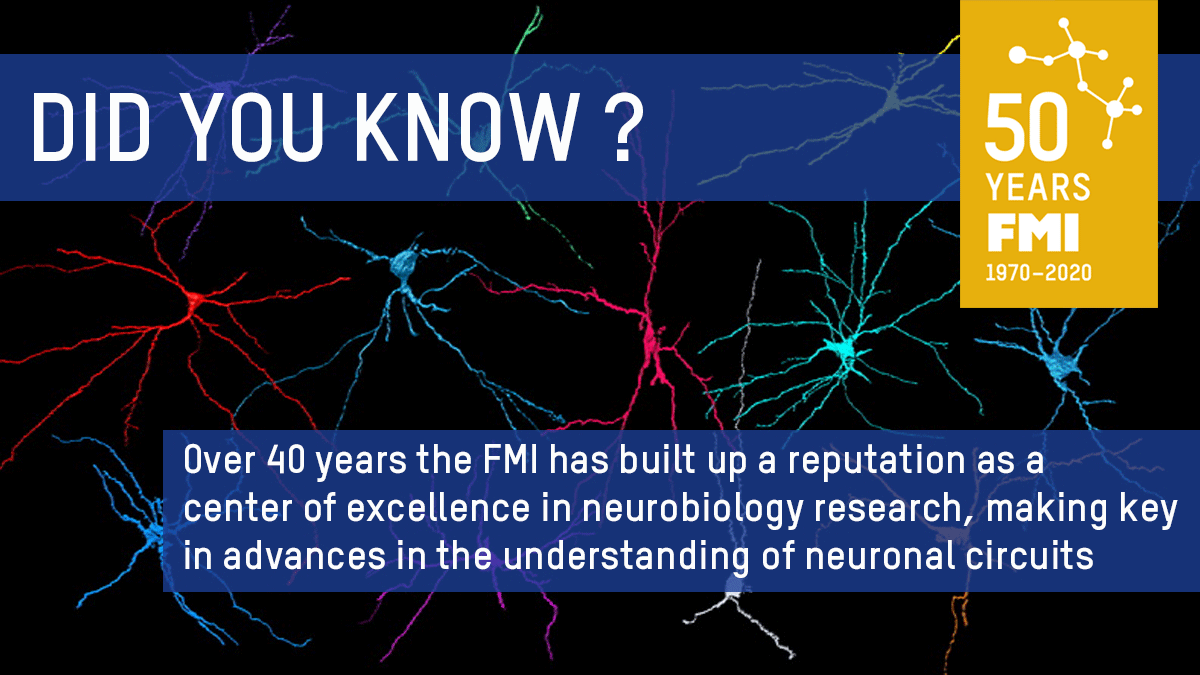 FMI neuroscientists founded and continue to organize the Ascona Meetings on Neuronal Circuits, which have been a leading forum on neuronal circuit research worldwide for many years.
» Ascona Circuits Meeting
» FMI Neurobiology groups 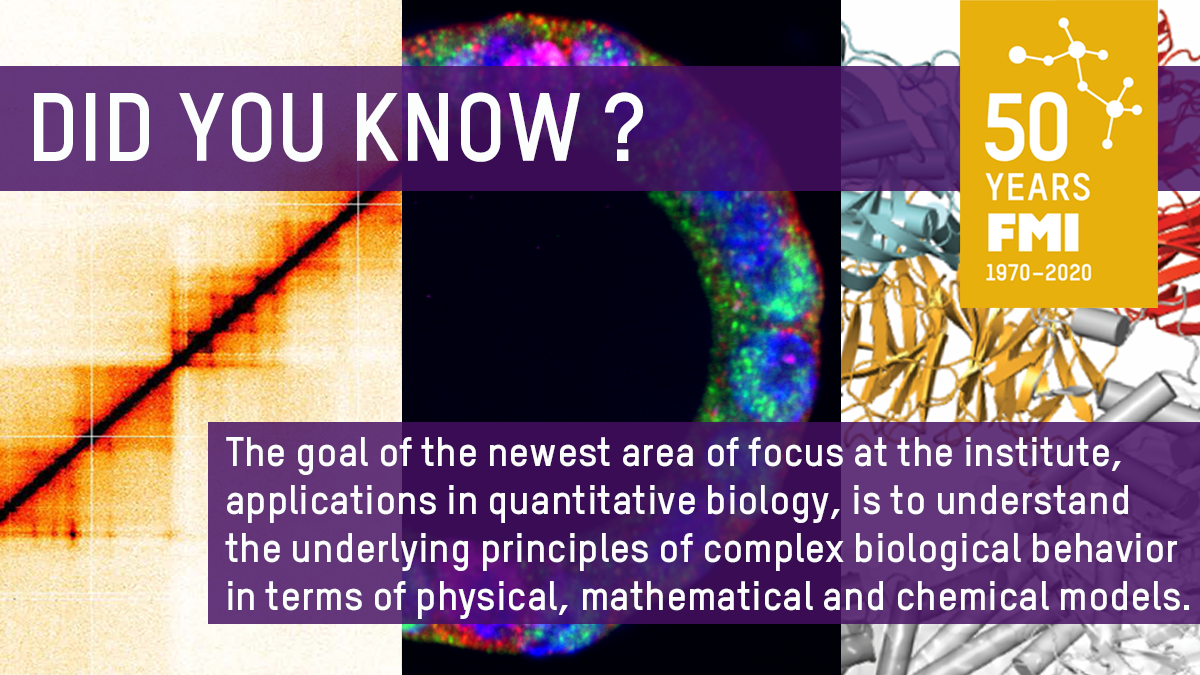 Since Prisca Liberali and Luca Giorgetti joined the FMI in 2015, followed by other talented young group leaders, our institute has excelled in new applications of quantitative biology.
» FMI Quantitative Biology groups