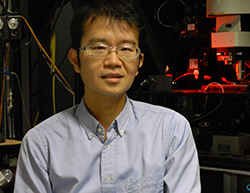 Keisuke Yonehara, a postdoctoral fellow in Botond Roska’s lab, was the first to simultaneously observe synaptic activities in connected circuitry elements in the retina thus establishing a direct link between the connectivity and activity of a neuronal circuit. For this research he received the 2013 Visual Neuroscience Young Investigator Award at the end of December at the European Retina Meeting in Spain.

At the end of December, you received the Visual Neuroscience Young Investigator Award for your research on the neuronal circuitry of the retina. What’s more, during your postdoctoral fellowship at the FMI, you were the first to measure the concerted activity of neuronal circuit elements of retinal ganglion cells as they extract information about a moving object. What makes these research findings so important?
I think my research is significant in two ways. First, there’s the technological innovation. One of the central goals of neuroscience is to explain neuronal computation in terms of the connectivity and activity of the elements of the neuronal circuit that implement that computation. However, it had been difficult to establish a direct link between the connectivity and the activity of the circuit. I was the first to simultaneously observe synaptic activities in connected circuitry elements in an identified circuit at subcellular resolution. I achieved this by combining cell-type-specific targeting, mono-transsynaptic tracing with an activity sensor functionalized rabies virus and an optical activity readout.
Second, we now understand the circuit mechanism of a particular neuronal computation. Since the motion-sensitive cells were discovered in the retina by Horace Barlow 50 years ago, the motion-sensitive circuit has served as a model system for understanding how sophisticated and robust circuit computation can be implemented by the neuronal hardware. However, a long-standing mystery was where in the circuit the direction of an image motion is computed. With the method I developed, I localized a single synaptic stage where the computation of motion direction happens. This result was surprising, since many researchers believed that high selectivity in motion computation is achieved incrementally along a number of synaptic stages.

Q: You are particularly interested in the neuronal processes of the retina. Why is the retina so fascinating for you, and for neuroscientists in general?
The brain is a highly complex machine. It’s composed of billions of cells and trillions of synapses. The royal road to a better understanding of the brain has been to use either simpler organisms, such as worms or flies, or relatively simple brain regions of mammals, such as the olfactory bulb or the retina, which can be described as repeats of small modules. Investigating individual modules could reduce the complexity.
In addition, the retina is an accessible part of brain and it can be easily isolated and kept fully functional in vitro for a long time. We can stimulate such a retina with a physiological stimulus, such as a light pattern, and record the response of the circuits. Since there is little feedback from the brain, all computations can be explained by the components of the retina. Finally, the retinal cell types are well described. These experimental advantages have attracted me, as well as many other neuroscientists. The biomedical significance of studying the retina is that dysfunction of retinal circuits could lead to human diseases such as blindness or eye-movement disorders.

Q: You obtained your PhD in Japan. Scientists usually then move to the United States for the next step in their scientific career, but you decided to join the FMI in Basel for your postdoctoral studies. What attracted you to the FMI, and why did you decide to join Botond Roska’s team?
In my PhD research, I developed one of the first transgenic mouse lines in which motion-sensitive retinal neurons of a single type are genetically labeled during development. I thought that this mouse line would allow me to study the development of motion-sensitive retinal circuits. However, I was trained as a molecular biologist and lacked knowledge about the neurophysiological techniques and viral approaches required to address such a research topic.
After googling many labs all over the world, I was convinced that Botond Roska’s lab was the only place where I could learn those techniques and conduct the retinal research I wanted to do. His research program seemed very logical, exciting, cross-disciplinary and appropriate for my scientific goal. So I joined his team, and this was the best decision of my career. After coming here, I immediately realized that the FMI is like a paradise for researchers, given its stimulating intellectual environment, excellent colleagues and facilities, generous funding and international environment. Thanks to these conditions and Botond’s mentorship, I have been able to enjoy science and fully devote myself to it.

Q: You’re currently applying for faculty positions. Like many other scientists, you move around the world, and with every new job you dive into a new culture. How do you feel about these cultural changes?
I enjoy working in different cultures – partly because the more I know about different cultures, the more I learn about the good and bad in my own culture. It’s very interesting for me to consider what kind of cultural and religious factors could have influenced the differences in people’s mentality and customs.
In terms of doing science, I prefer the European flat team structures to the Japanese hierarchical ones, since these flat relationships foster free and open communication. I also appreciate the international working environment because great ideas are often derived from the interactions of people from different backgrounds. The barrier for me to cross borders was not the cultural change, but language. Fortunately, after spending 5 years here, I’ve become more comfortable with English. This has encouraged me to pursue my scientific goals on the global stage, and I’m very excited to have the chance to experience more new cultures. 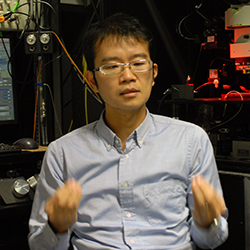 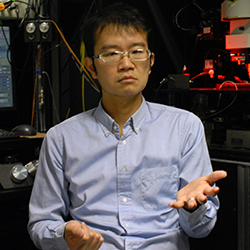 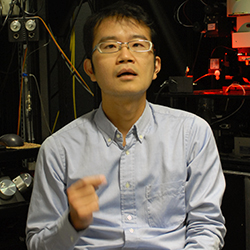 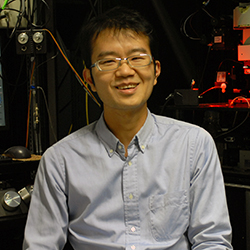