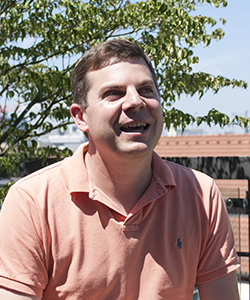 Eric Fischer is a postdoctoral fellow in Nico Thomä’s group studying the structure of large multicomponent protein machines like the ubiquitin ligases. Most recently he elucidated the mechanism of action of thalidomide, which binds to the CUL4-CRBN ubiquitin ligase and modulates its activity.

Q: In your paper in Nature, you elucidated the mechanism of action of thalidomide. What surprised you the most during this project?
The unexpected complexity of how thalidomide modulates the activity of the CUL4-CRBN ubiquitin ligase. When I first started this project – right after Cereblon (CRBN) was discovered as cellular target of thalidomide – I was expecting thalidomide to be an ubiquitin ligase inhibitor. But soon after, first data emerged on thalidomide resistance in myeloma patients, which conflicted with the sole antagonistic role of thalidomide. Our structural and functional analysis together with the recent finding that thalidomide analogs lenalidomide and pomalidomide recruit Ikaros and Aiolos transcription factors for CRBN meditated degradation, unraveled thalidomide as a bi-functional compound: It acts agonistic on the CRBN ligase activity by recruiting Ikaros/Aiolos for degradation at the cost of inhibiting endogenous CRBN substrates such as MEIS2 from degradation.


Q: What was the most challenging aspect?
Structural biology always has a component of brute force: You work with dozens of constructs from dozens of organisms to find the right combination that in the end yields crystals. This period can be challenging but having a structure at hand rewards by providing an absolutely clear result and a lot of insights to build on.
Looking back at the thalidomide project, the most challenging aspect was the screening for and the validation of MEIS2 as an endogenous CRBN substrate. For various reasons, such as transient and weak interactions, it remains a tremendous challenge to identify bona fide ubiquitin ligase substrates. In the case of MEIS2, we had to deal with differences across cell lines, instability of our compounds, and so on. In the end, the investigation of the effect of thalidomide on MEIS2 abundance was a big collaborative effort with colleagues at Harvard Medical School and NIBR Cambridge.


Q: You obtained these insights, with the aid of numerous crystal structures. What has triggered your interest in structural biology?
I guess, I am in part an engineer and have always been fascinated by machines of any sort and kind. To me, structural biology is the discipline that allows me to understand how cellular machines work. But as with machines, you have to see them in action to really understand their function. Therefore I have always combined structural knowledge with the biochemical reconstitution of complex systems in vitro, and more recently have also expanded more and more into cellular systems. Moreover, structural biology allows me to gain the insights required to eventually alter the function and behavior of proteins.


Q: In what ways do think will your insights, change the use of thalidomide?
I don’t think my findings will directly translate into a change of use but my findings equip clinicians and researchers with the molecular basis to better understand their results. Knowing that thalidomide has this bi-functional action resolves many conundrums that have been out there in the field.


Q: Have your findings implications beyond thalidomide. And where do you see the biggest potential?
Ubiquitin E3 ligases have so far been considered largely undruggable. I believe that with our findings we could show for the first time how a ubiquitin E3 ligase can be targeted by a small molecule in a clinical relevant setup. The observed dual activity implies that small molecules can in principal modulate an E3 ubiquitin ligase to up- or down-regulate the ubiquitination of proteins. It further shows that E3 ubiquitin ligase activity can be redirected to neo-substrates. I am convinced that these findings will encourage people to develop new drugs targeted at E3 ubiquitin ligases, which sit at the heart of virtually any cellular process and are implicated in numerous diseases.

» Read more about the publication 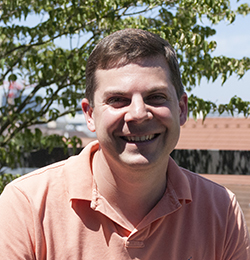 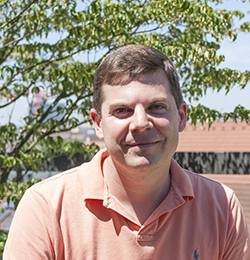 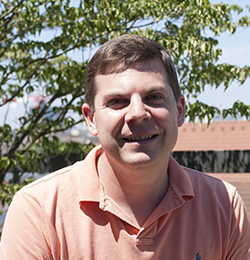 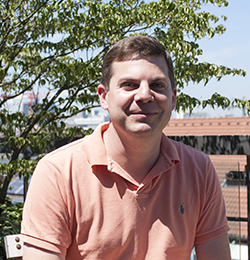