Paper from Roska lab among the Best of Neuron 2016

A publication from the groups of Botond Roska at the FMI and Andreas Hierlemann at the Department of Biosystems Science and Engineering (D-BSSE) of the ETH Zurich was selected as one of the best publications published in Neuron in 2016. Several factors were considered by the editors of Neuron, including whether the publication captured great interest from the community.

In the distinguished Neuron study, the FMI and D-BSSE scientists implicate a clearly defined neuron type and its circuit in the retina in the pathophysiology of idiopathic congenital nystagmus. In a mouse model of the disease, which shows similar clinical symptoms as patients, a defect in starburst cells elicited by dysfunctional FRMD7 leads to the loss of the horizontal optokinetic reflex.

This is the second time this year, that the publication is lauded by the research community at large. In September, the first authors of the publication, Keisuke Yonehara (FMI, now at DANDRITE Institut in Denmark), Michele Fiscella (D-BSSE) and Antonia Drinnenberg (FMI), were awarded the Swiss OphtAWARD of the Swiss Society of Ophthalmology in the category "Best Experimental Work".

The Swiss OphthAWARD is extended to young scientists in ophthalmology for "Best experimental work", "Biggest clinical relevance" and "Biggest innovation". The prizes are sponsored by Bayer (Schweiz) AG and awarded during the annual congress of the SOG-SSO. 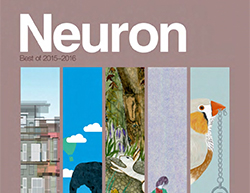