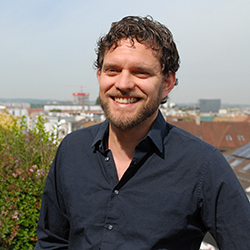 Philip Tovote is a postdoctoral fellow in Andreas Lüthi’s group studying defensive behaviors in response to fear. Recently, he identified and characterized the neuronal circuitry in the brain which controls defensive behavior in threatening situations. In 2013, he received one of the highly competitive NARSAD Young Investigator grants of the Brain & Behavior Research Foundation.

You have identified the neuronal network in the brain that controls our behavior during a fearful situation and have published these findings in Nature. Why are they so important?
Philip Tovote: I think that there are several levels of insights that make our findings important: They add missing detail to the connections between well-studied forebrain circuits for fear and the motor system responsible for fear behavior. That is, they shed light on how networks of specific brain cells are connected to and communicate among each other to generate a concerted response to threat. Second, from a basic science perspective, it is interesting that complex signal integration is achieved within evolutionary old “survival circuits” in the midbrain. Third, partially because fear behaviors are conserved across many species, our findings in mouse models may be translated to higher mammals, including humans. Exaggerated fear reactions to minor stressors are a hallmark of many anxiety-related psychiatric disorders, which affect about a third of people throughout their lifetime. Our data further our knowledge of the basic anatomy and function of the neuronal circuits responsible for fear behaviors and thus will help to understand dysregulation within those circuits and its contribution to maladaptive fear and anxiety states.


For this study you have collaborated closely with Soledad Esposito from Silvia Arber’s group. In what ways–maybe beyond the science–has this project profited from this collaboration?
What Sole introduced into this project initially was her expertise in advanced anatomical tracing techniques, which helped us tremendously in understanding how the fear network is wired together. But more than just her brilliant experimental skills, experience and expert knowledge, she brought enthusiasm, positive spirit and incredible determination with her. This made working with her not only very efficient but also a lot of fun, and we became good friends while working together as a team. That, as well as mutual respect for each other’s personality helped us successfully work through this extensive long-term project.


If you look back five years, what scientific development has fascinated you the most and why?
When I came to this lab and started using optogenetics, this was an almost magical tool. Nowadays it is just one technique among many others in a neuroscientists’ modern toolbox. So what I am fascinated by is not a single development, but the rapid evolution of novel methodology in recent years. We now have the precision tools necessary to dissect and unravel the complex neuronal substrates of behavior and in general, to understand how the brain works. That’s of course still a long journey, but the beauty of it is that so many discoveries are waiting for us on the way. It’s exciting times for neuroscience and I am very happy to take part in it.


If you could choose a new topic for the coming year, what questions would you love to tackle?
Fear is an emotional brain state that triggers typical fear behaviors, among other responses such as release of stress hormones and activation of the cardiac system. Importantly, these bodily reactions create neuronal signals that are fed back to the brain and can thereby strongly influence emotional brain states themselves. This is why meditation, breathing techniques, yoga and more invasive approaches such as stimulation of the vagus nerve have proven effective in treating anxiety in humans. However this neuronal feedback process, termed interoception, and its role in fear and anxiety is poorly understood on the level of neuronal circuits. So that’s what I want to address in my future research, and I’m pretty sure it is going to take me a bit more than a year…


Many scientists live for science. But could you also imagine a live without science and what would that be?
It’s true, academic science is more than a full-time job. It demands great commitment from those who are in it, and some are capable and willing to put in more than others. Finding a balance between life in our science bubble and in the outside world can be challenging and there are times when the sacrifices seem to outweigh the rewards. I’m not sure I’m always getting it right. However, from my early school days on, I’ve been fascinated by science and the way of scientific thinking has always been part of my personality. So living with science just feels natural to me, and it would be there in some form, even if I hadn’t chosen a career in academic science. I did some sculptural art and music when I was younger, so that might be my alternative to science. But in science, too, there is room for creative processes such as designing new experiments and finding solutions for complex technical problems.


In science you need stamina and perseverance, how do you recharge?
Between science and having a family with two kids, there just isn’t much time left for other things. Luckily, spending time with my family is the perfect grounding experience. Coming home and immediately being challenged to a sword fight by two little boys dressed up as medieval knights quickly takes you out of the intellectual depths of circuit physiology. Moreover, I finally get to play with LEGOS again! Despite those activities, we try to get outdoors as often as possible. For example, to explore some beautiful castle ruins in Baselland or taking our campervan for a weekend trip to the Walensee. 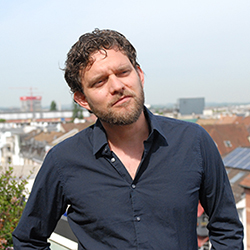 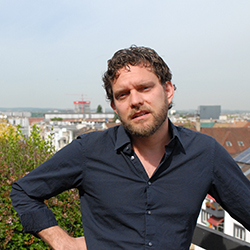 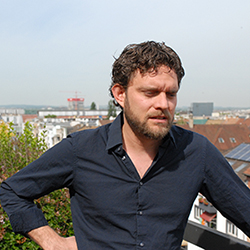 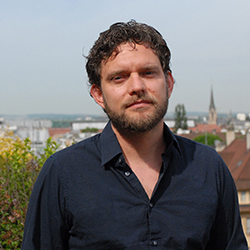