The European Research Council has awarded one of the prestigious ERC Synergy Grants – the most competitive funding scheme from ERC – to a joint research project of the Friedrich Miescher Institute for Biomedical Research, the ETH Zurich and the University of Bristol. The interdisciplinary team wants to investigate the molecular mechanisms of viral infection, which will contribute to fundamental knowledge about cellular regulation and new concepts for broad-spectrum anti-viral therapy. The funding amounts to 7.6 million euros.

Viruses such as Influenza A remain one of the greatest threats to human health and are associated with enormous economic impact. Despite decades of research, we know little about the molecular mechanisms that viruses use to infect mammalian hosts and how they evade the immune system. There are currently only few broad-spectrum antiviral treatments, leaving the world’s population exposed to pandemic viruses. Recent outbreaks of Ebola, Zika or West Nile viruses remind us of the continued dangers posed by viral infections.

By detailed studies on the molecular mechanism of viral entry into mammalian cells, the teams of Patrick Matthias at the FMI and of Yohei Yamauchi at the University of Bristol have uncovered a potentially fundamental strategy by which enveloped viruses infect cells. Their studies showed that two common proteins in host cells are key mediators of viral entry: HDAC6, an enzyme that regulates protein acetylation (an important post-translational modification that modulates protein function), and free ubiquitin chains, which are little understood but can activate other proteins such as HDAC6, impacting cellular pathways. These studies also implied that viruses use a stress response pathway normally used by cells to process misfolded proteins.

By teaming up with a third research group – the group of Jeffrey Bode at the ETH Zürich – Matthias and Yamauchi will build on these observations to further investigate the molecular mechanisms involved in viral infection, as well as more generally understand the biology and regulatory roles of free ubiquitin chains. This work will use innovations from the Bode group for the chemical synthesis of modified proteins and new methods for making protein constructs. The ERC Synergy Grant – which funds “transformative research capable of yielding ground-breaking scientific results” – will serve to finance their research over the next six years.

Using the combined tools of molecular and cell biology, biochemistry, virology, and synthetic chemistry, the multidisciplinary team will investigate the precise mechanisms and cellular pathways necessary for Influenza viral infection and gain fundamental knowledge about their regulation. The team will also test the strong possibility that numerous other virus types, such as life-threatening Zika, Dengue and Ebola viruses, utilize the same pathway.

By identifying the pathways and interactions involved in the infection process – and by showing that blocking them in mice models reduces viral infection – this project will provide a wealth of novel insights and the basis for the development of a new generation of anti-viral therapies. Beyond virology, this project will lead to important knowledge in cellular regulation, in particular on the role of free ubiquitin chains in the stress response and associated pathologies, as well as to the development of new methods for the chemical synthesis of biological molecules.

About the ERC Synergy Grant
The aim of the ERC Synergy Grant is to provide support for a small group of two to four Principal Investigators to jointly address ambitious research problems that could not be addressed by the individual research groups alone. Synergy projects should enable substantial advances at the frontiers of knowledge, stemming, for example, from the cross-fertilization of scientific fields, from new productive lines of enquiry, or new methods and techniques. The transformative research funded by Synergy Grants should have the potential of becoming a benchmark on a global scale.
» ERC media release about Synergy Grant recipients 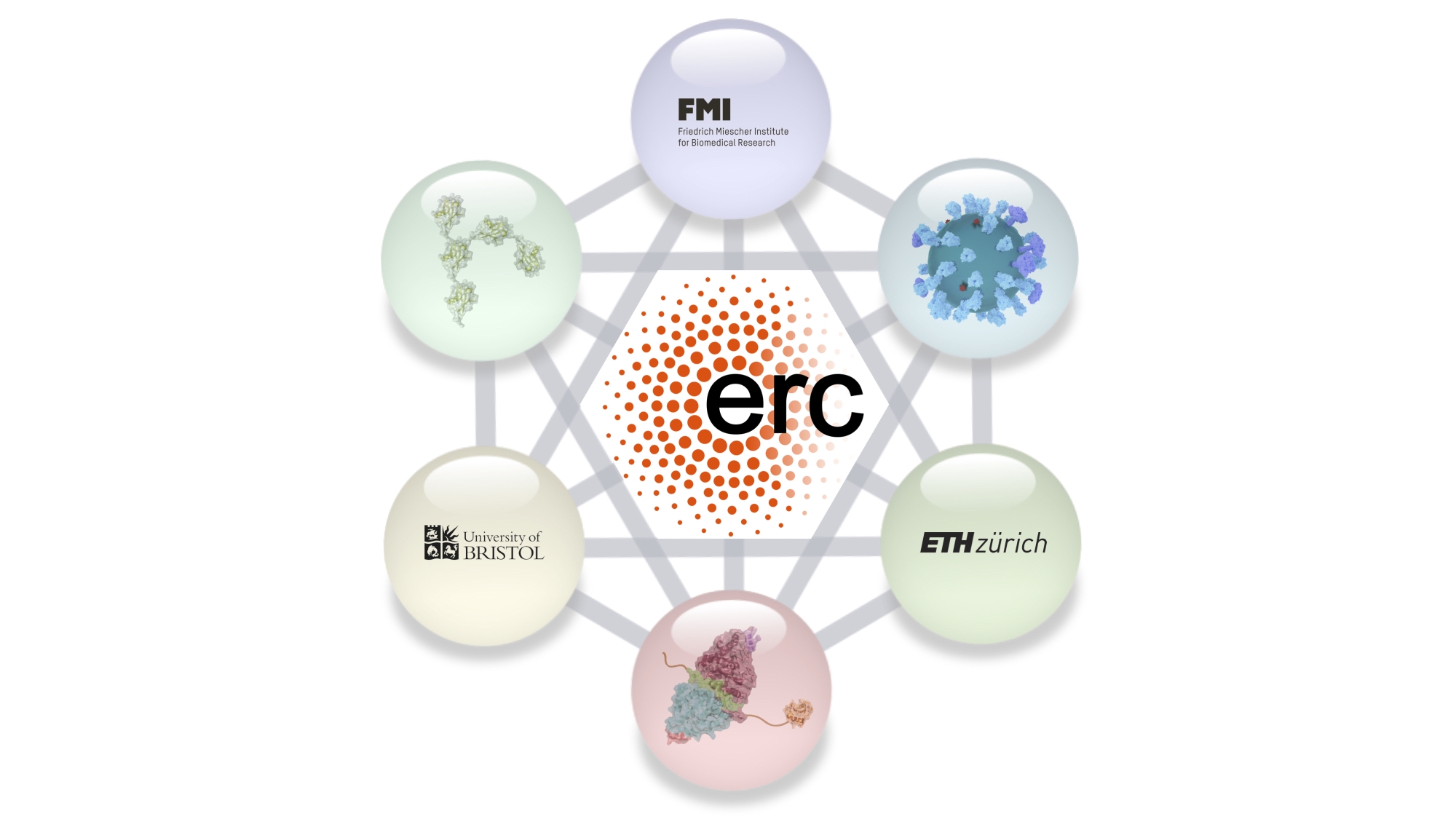 This ERC Synergy Awards will fund a collaboration between the FMI, ETH Zürich and University of Bristol.

About the three Principal Investigators


Patrick Matthias is a molecular biologist by training. He is a senior group leader at the Friedrich Miescher Institute for Biomedical Research (FMI) and Professor at the University of Basel. He is a leading researcher in the field of acetylation and HDACs, in particular HDAC6 and its role in the stress response.
» Matthias group website

Yohei Yamauchi is a medical doctor and viral cell biologist: He is an Associate Professor at the School of Cellular and Molecular Medicine at the University of Bristol, UK. He is a leading researcher in the field of virus-host interactions, in particular Influenza A virus host cell entry.
» Yamauchi group website