DNA damage can occur anywhere in the genome, but most DNA is wrapped around nucleosomes making it inaccessible to the repair machinery. Researchers from the Gasser group now show that DNA damage induces histone depletion, which increases the accessibility and flexibility of the DNA fiber and enhances the rate of homology search during repair by homologous recombination.

For several years, the Gasser group has been studying how chromatin structure changes in response to DNA damage in order to understand if and how those changes increase the rate of repair. In an earlier study, Michael Hauer, a former PhD student in the Gasser lab, showed that there is both a local and a genome-wide response of chromatin to acute DNA damage, with about 30% of the histones being modified, removed and degraded genome-wide, and not only at sites of damage. This drives chromatin to be more mobile in the nucleus.

Anaïs Cheblal, a PhD student in the Gasser lab built on these findings and asked whether this increase in chromatin dynamic and decompaction affects DNA repair mechanisms by homologous recombination.

In a study, which has just been published in Molecular Cell, Cheblal and colleagues highlight that histone degradation and subsequent chromatin decompaction indeed enhance DNA repair efficiency and kinetics. Cheblal summarizes the main findings: "We show that a single DNA double strand break can trigger ectopic [meaning at a distant undamaged site and not locally] chromatin decompaction through controlled degradation of histones, and that this is crucial for DNA repair by homologous recombination. We also show that local break dynamics are less important for DNA repair and can be compensated by an increase in ectopic chromatin movement, which correlates with decompaction. Moreover, we rule out a previous hypothesis suggesting that chromosome detachment from the nuclear periphery is part of the DNA damage response."

Asked about the wider impact of the study, Cheblal says: "Our study will be crucial for CRISPR-mediated gene therapies, which are currently too inefficient to be used clinically. Our findings suggest that combining this technology with appropriately upregulated factors to induce histone degradation may enhance CRISPR-Cas9 editing efficiency."

DNA repair by homologous recombination is the basic principle of CRISPR-Cas9 targeted genome editing, a technology used primarily as a research tool but also in gene therapies. Preliminary studies already show that CRISPR-Cas9 efficiency can be increased with histone depletion in mammalian cells. 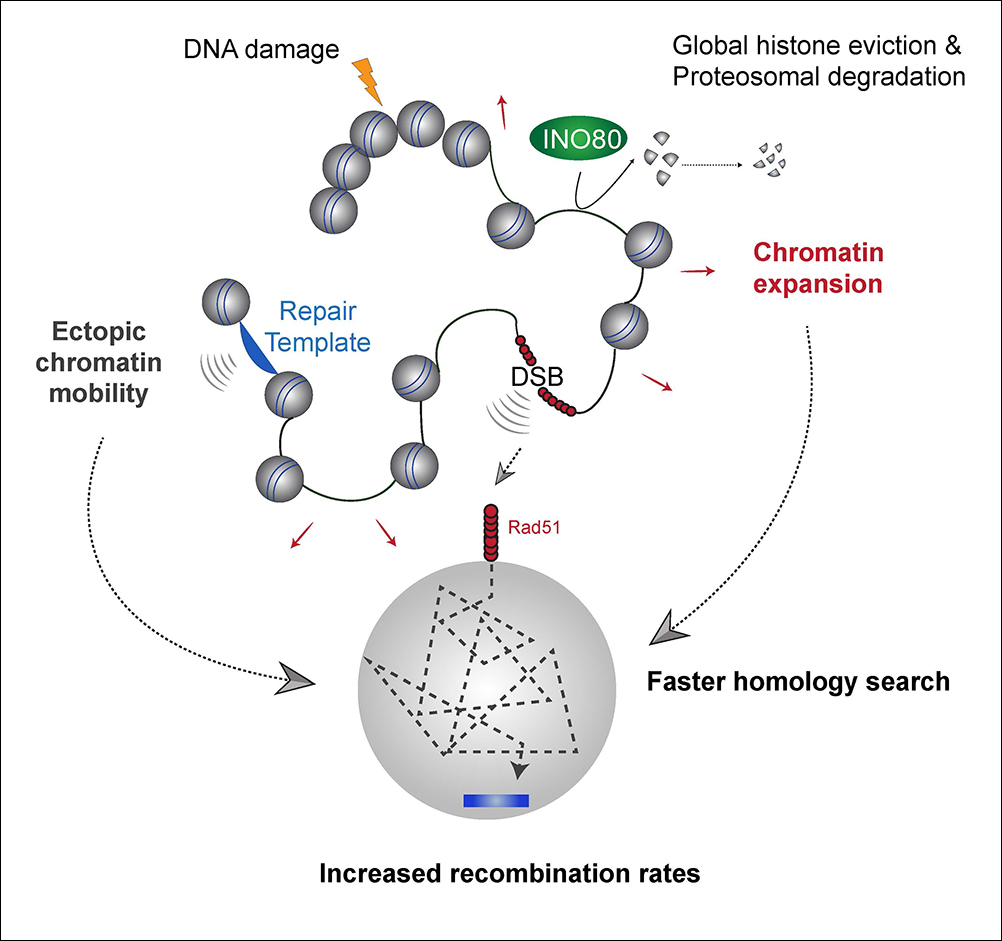 Model of the role of histone depletion and enhanced chromatin movement and expansion in DNA repair by Homologous Recombination. 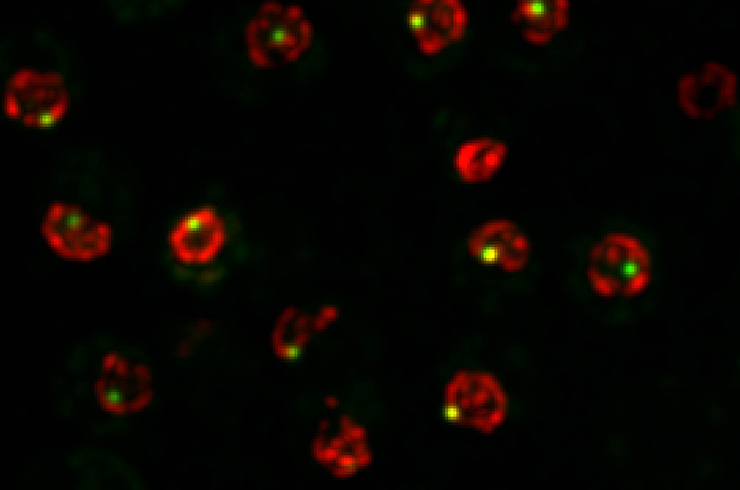 Representative image of a GFP-tagged chromosomal locus near an inducible double strand break in S.cerevisiae. The nuclear periphery is visualized using a nuclear pore marker.

Anaïs Cheblal was born in the region Kabylie, in Algeria. She studied in Toulouse, France and did her master’s thesis in Montreal, already studying DNA repair mechanisms in cancer biology. She joined the group of Susan Gasser in October 2016, and is now about to defend her thesis (on October 30). During her PhD, Anaïs unexpectedly became the mum of a little girl. So she became an expert in two very exciting and stimulating topics: molecular biology and baby development! When time allows, Anaïs likes to go to the gym, do yoga and read psychology books.

"Our study will be crucial for CRISPR-mediated gene therapies, which are currently too inefficient to be used clinically."
Anaïs Cheblal