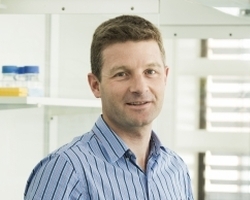 Today, the European Molecular Biology Organization (EMBO) announced the election of Marc Bühler, Senior group leader at the Friedrich Miescher Institute for Biomedical Research, to its membership. He is among the 62 outstanding life scientists from Europe newly elected, joining a group of more than 1800 of the best researchers in Europe and around the world.

"EMBO Members are leading scientists working across all of the life sciences. They also strengthen the research community in Europe and beyond through their international collaborations and connections," says EMBO Director Maria Leptin in a media release issued.

In recent years, Marc Bühler of the FMI has made significant contributions to advances in his field and to cross-pollination with other fields and communities.

Marc Bühler is an expert in the function and evolutionary conservation of mechanisms that govern genome organization and gene expression in eukaryotes, in particular the biogenesis, processing, and activity of non-protein-coding RNAs (ncRNAs) and their potential impact on chromatin. With his 15-strong research group, he has been taking advantage of fission yeast and stem cells as model systems to elucidate fundamental molecular principles of (epi)genome regulation.

Each year, EMBO elects leading scientists as EMBO Members on the basis of proven excellence in research. With their election, Bühler figures – along with 13 other FMI scientists – among Europe’s top 1800 life scientists. EMBO Members provide scientific expertise to the fellowship and conference programs coordinated and funded by EMBO, as well as participating in projects to promote the public dissemination of scientific knowledge.