How liquid droplets grow in cells

For more than 100 years, biologists have known that cells contain various kinds of membraneless organelles and conjectured what organizing principles underlie them. During the past decade, liquid-liquid phase separation has emerged as one of the concepts that can explain these cellular structures. Phase separation has become an increasingly hot topic, as it can be related to certain neurodegenerative diseases. Thus, understanding the mechanisms underlying phase separation and their regulation is an important goal. In a study published in Nature Chemical Biology, Makoto Saito from the Matthias group and collaborators showed for the first time that acetylation regulates liquid-liquid phase separation in a spatio-temporal manner.

At time of discovery about 10 years ago, the process called liquid-liquid phase separation was hailed as a new paradigm in cell biology: the contents of cells can separate into droplets, like oil in water. This means that biomolecular condensates – such as stress granules or nucleoli – are actually liquid droplets that form in the cytoplasm when certain molecules concentrate and others get excluded. Phase separation provides a way for the cell to dynamically organize its content, but it has to be well controlled, and aberrant phase separation has been associated with human diseases. For example, neurodegenerative diseases such as Alzheimer’s disease are associated with protein aggregates which are now thought to be the result, at least in part, from phase separation having gone awry. Yet, little is known about the molecular mechanisms driving phase separation and how those are regulated in space and time within the cell.

HDACs (histone deacetylases) are a family of proteins that antagonize protein acetylation, a major post-translational modification. Among the HDACs, HDAC6 uniquely regulates formation of stress granules or related aggregates such as the aggresome and is intensively pursued as a therapeutic target for cancer and neurodegenerative diseases. The Matthias group at the FMI is well-known for its work on HDACs; PhD student Makoto Saito wanted to investigate the role of HDAC6 in controlling stress granules formation. Previous work from the lab had shown that acetylation, HDAC6 and stress granules were linked, but the underlying molecular mechanism was still wrapped in mystery. "It was clear that new HDAC6 substrates had to be identified in order to crack that problem," says Patrick Matthias.

Saito and collaborators determined the HDAC6 acetylome (the totality of acetylated proteins HDAC6 substrates in a cell) and found that most of them are intrinsically disordered proteins (IDPs), which are often associated with phase separation. This striking observation suggested that acetylation/deacetylation might regulate phase separation, in particular under specific stress conditions. Through a comprehensive combination of biochemical and cell biological analysis, complemented by mathematical modeling, Saito could demonstrate that acetylation inhibits the formation of droplets in the test tube and of stress granules in cells; deacetylation by HDAC6 of a stress granule component recovers its phase separation and allows the stress granules to mature.

Saito shares more insights: "We believe that our work is important in a number of points. First, we determined a novel function of HDAC6: it prefers to deacetylate IDPs to regulate their phase separation. In parallel, we demonstrated that protein acetylation levels are spatiotemporally controlled during stress granule formation. These findings may lead to novel therapeutic strategies targeting protein acetylation/deacetylation to resolve aberrant phase separation in neurodegenerative diseases.”

Saito adds: “We only studied the role of acetylation for the formation of stress granules. Our concept of acetylation-controlled phase separation may also play a role in the formation of other biomolecular condensates in the cytoplasm or in the nucleus, and it is conceivable that other HDACs are involved. Our study is only the entry gate to much more research that will follow in this field.”

» Read an interview of first author Makoto Saito talking about this paper, and much more 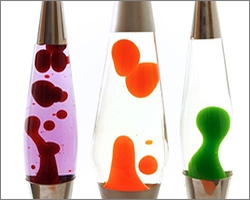