Congratulations to our FMI group leader Prisca Liberali who is among the 27 life scientists selected this year. EMBO Young Investigators are researchers under the age of 40 who are within their first four years as group leaders and have a proven record of scientific excellence.

Joining a network of 129 current Young Investigators - including FMI group leaders Luca Giorgetti and Jeffrey Chao - and 340 former ones, Prisca and the other new scientists selected will begin their four-year program tenure in January 2020. During this time EMBO will provide financial and practical support as well as networking opportunities for the Young Investigators and their lab members. The Young Investigators selected this year are based in 13 countries and represent 15 different nationalities from Europe and beyond.

Prisca Liberali joined the FMI as a junior group leader in 2015. With her group, she wants to understand the collective properties of multicellular systems, including how such properties arise from single-cell behavior and their self-organization. This is essential in order to elucidate fundamental biological processes, such as cell reprogramming and disease.

The Liberali groups develops and applies experimental and theoretical frameworks for the study of cellular heterogeneity during collective cell behavior. They develop advanced quantitative imaging technologies combined with high-content genetic perturbation screens and single-cell modelling of stem cells in 3D self-organizing systems. One of these systems is the development of 3D intestinal organoids from single stem cells. 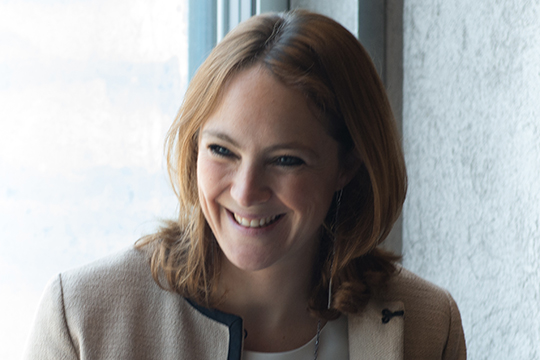