Professor Dirk Schübeler has been appointed as the next Director of the Friedrich Miescher Institute for Biomedical Research. Schübeler has been a group leader at the FMI since 2003 and is an internationally renowned scientific leader in the field of gene regulation. He has been leading the institute as co-Director ad interim together with Silvia Arber since March 2019.

Born in Germany, Schübeler obtained his PhD from the Technical University in Braunschweig, Germany, working with Jürgen Bode. He then worked as a postdoctoral fellow at the Hutchinson Cancer Center in Seattle, USA, with Mark Groudine. In 2003 he became a group leader at the FMI and since 2011 has also been an adjunct professor at the University of Basel. Dirk Schübeler’s research focuses on understanding gene regulation and the function of chromatin. He received several awards for his research including the Friedrich Miescher Prize of the Swiss Society for Biochemistry (2007), Novartis VIVA Leading Scientist Award (2011), the ESCI Award for Excellence in Basic/Translational Research (2014) and three prestigious ERC grants.

Dirk Schübeler replaces Susan Gasser who stepped down in March 2019 as the FMI’s Director after 15 years leading the institute. Since March 2019, Schübeler has been successfully leading the FMI as co-Director ad interim, together with Silvia Arber.

Jay Bradner, President of the Novartis Institutes for Biomedical Research, comments: “I am very pleased that the new Director of the FMI has been selected from within the institute’s ranks. Dirk is a strong leader and innovative scientist who is widely recognized for his many contributions to the field of gene regulation. I am fully confident that the FMI will continue to thrive as a center of scientific excellence under his leadership.”

Dirk Schübeler shares his enthusiasm about his new appointment: “I am excited and extremely grateful for the trust placed into me. The FMI is a leading biomedical research institute and many important discoveries made by FMI scientists had major impact on our understanding of biology and biomedicine. I feel highly privileged to play a leading role in continuing this success story.”

» More about Dirk Schübeler’s research at the FMI 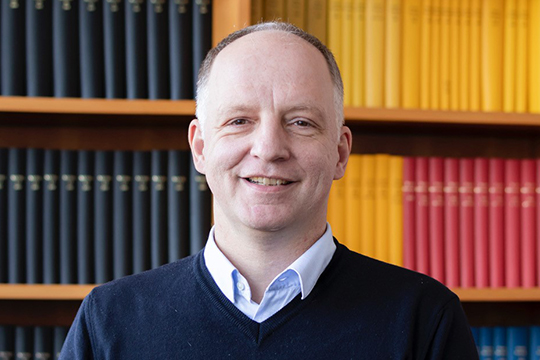