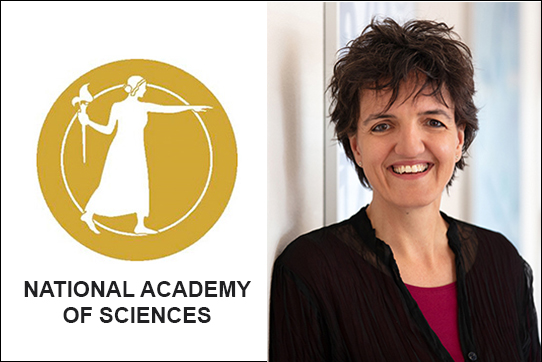 Silvia Arber elected to the American National Academy of Sciences

FMI group leader Silvia Arber is among the 26 international members elected to the National Academy of Sciences (NAS) this year. Members are elected to the NAS in recognition of their distinguished and continuing achievements in original research. Membership is a widely accepted mark of excellence in science and is considered one of the highest honors that a scientist can receive.

The NAS announced yesterday the election of 120 members and 26 international members in recognition of their distinguished and continuing achievements in original research. The newly elected scientists bring the total number of active members to 2,403 and the total number of international members to 501. Approximately 190 of them have received Nobel prizes.

The NAS is a private, non-profit society of distinguished scholars. Established by an Act of Congress, signed by President Abraham Lincoln in 1863, the NAS is charged with providing independent, objective advice to the US nation on matters related to science and technology. Scientists are elected by their peers to membership in the NAS for outstanding contributions to research.

Silvia Arber, group leader at the FMI and Professor at the Biozentrum of the University of Basel, has been elected to the NAS in recognition of her groundbreaking contributions to Neuroscience. Arber is a leading figure in the study of neuronal circuitry controlling motor behavior. Her research on the assembly, structure and function of motor circuits has resulted in fundamental contributions to our understanding of the organizational principles of the motor system including the spinal cord and the brainstem. She has received numerous major awards, including the Pradel Research Award 2018, the Louis-Jeantet Prize for Medicine 2017 and the Otto Naegeli Prize 2014.