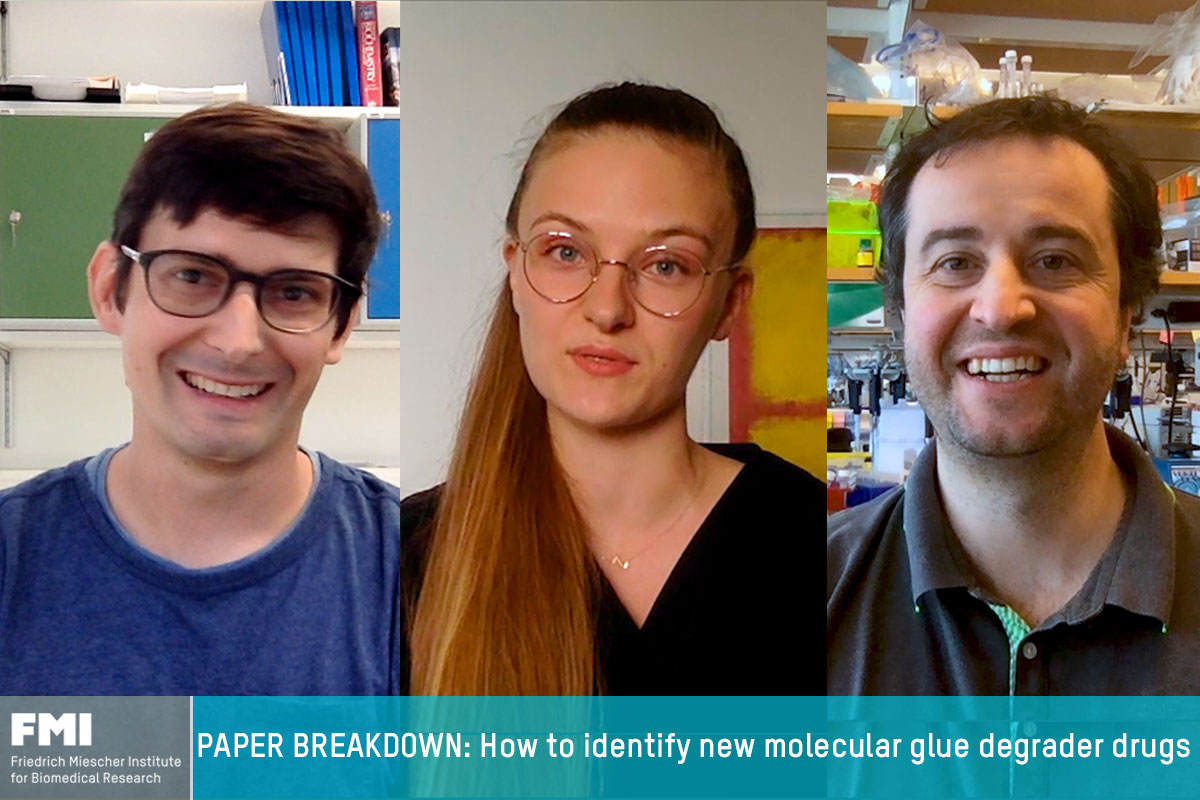 To search for new molecular glue degrader compounds, Mikolaj Slabicki, from the Ebert Lab at the Broad Institute, Dana-Farber Cancer Institute and German Cancer Research Center tested a library of thousands of pre-clinical and clinical compounds for their toxicity in various cancer cell lines. Where the toxicity coincided with a high level of ubiquitin ligase component expression, it was a good indication that this compound was working by a degradation-related mechanism. This led to the identification of a kinase inhibitor called CR8 as a molecular glue degrader of cyclin K, an activator protein of cyclin-dependent kinase 12 (CDK12). Using functional genomics approaches, he identified the other proteins needed for CR8 toxicity, and Zuzanna Kozicka and Georg Petzold from the Thomä lab reconstituted the drug-induced complex in vitro and solved its crystal structure.

They found that CR8 kills cancer cells by recruiting a ubiquitin ligase complex to cyclin K, what leads to cyclin K ubiquitination and subsequent proteasomal degradation. Unlike other molecular glue degraders, CR8 does not bind a substrate-recruiting module of the ligase and redirect its specificity but instead, being a kinase inhibitor, it binds the ATP pocket of CDK12. This composite interface then recruits and hijacks the ubiquitin ligase enzyme by facilitating a direct interaction of the CDK12-cyclin K complex with a core ligase component, the adaptor protein DDB1. Surprisingly, in the absence of a canonical substrate receptor, CDK12 functions as a glue-induced substrate receptor and assures the correct geometry for cyclin K ubiquitination.

The recruitment of DDB1 by CR8 is facilitated by a solvent-exposed moiety of the compound that extends out of the kinase active site and into DDB1. The parent compound of CR8 called roscovitine, identical except for the lack of this single outward-facing substituent, does not induce cyclin K degradation. This work therefore suggests that modification of the solvent-exposed part of an inhibitor for a target of interest can be a rational strategy to design and screen for molecular glue degraders of that target.

The team think that many more compounds exist that are molecular glue degraders and that, by altering the surface of the proteins that they bind to, such compounds can orchestrate such novel protein-protein interactions, not only with ubiquitin ligases but also other proteins – leading to functional consequences beyond degradation. They hope that the discovery and detailed mechanistic description of this new example of a molecular glue degrader will enable further searching for such drugs in a target-oriented manner and even the rational design of such compounds in the future. Finding many more molecular glue degraders could help to drug the so called “undruggable” proteins – and could have important implications particularly in cancer therapy. 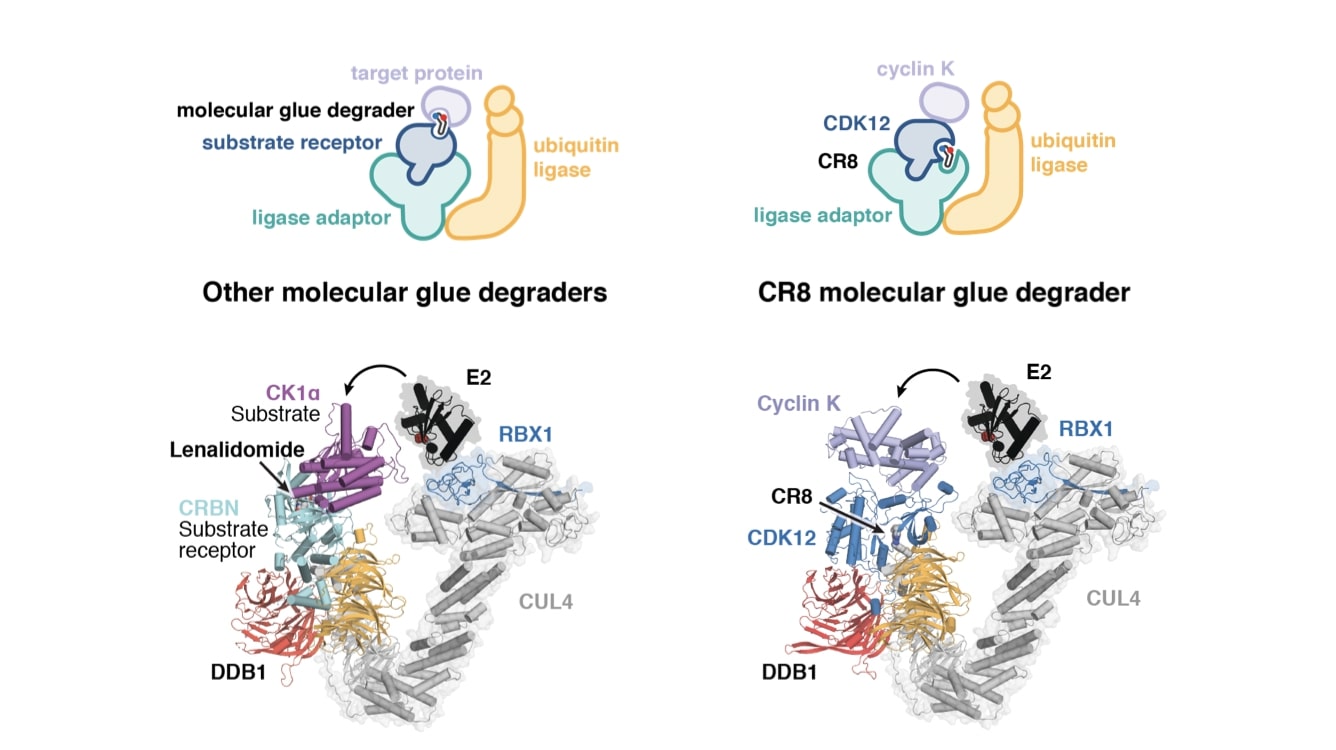 The mechanism of other known molecular glue degraders compared with that of CR8.