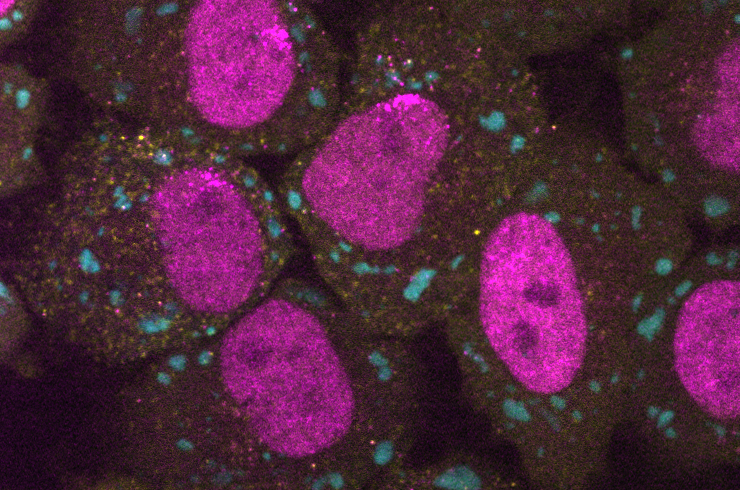 Thinking afresh about how cells respond to stress

Just like people, cells get stressed too. A sudden drop in oxygen, overheating, or toxins can trigger a cascade of molecular changes that lead cells to stop growing, produce stress-protective factors, and form stress granules – proteins and RNA molecules huddled together into membrane-less organelles. Although the function of stress granules remains largely unknown, it is assumed that they contain only RNAs that are not translated into proteins. Now, a study upends this longstanding idea, showing that messenger RNAs (mRNAs) within stress granules can indeed make proteins.

mRNAs are single stranded molecules of RNA, which are transcribed from DNA in the nucleus – for eukaryotes – and are then transported to the cytosol where they are translated into proteins. During the cellular stress response, many mRNAs cluster inside stress granules – an observation that led scientists to think that these mRNAs stopped getting translated when the cell is threatened.

To work out what happens to mRNAs within these stress-induced organelles, researchers from the group of Jeffrey Chao, led by postdoc Daniel Mateju, set out to watch single RNA molecules interacting with stress granules inside living cells undergoing stress. To do so, they labeled stress granules and individual mRNA molecules with fluorescent tags. Thanks to an innovative antibody tagging tool known as SunTag, the researchers could also visualize proteins as they were being produced with single-molecule precision.

“Our results demonstrate that mRNA localization to stress granules is compatible with translation and argue against a direct role for stress granules in inhibition of protein synthesis.” says Mateju, the first author of the study.

The findings illuminated unprecedented details of the cellular stress response. The ability to image these processes at the single-molecule level could further help to better understand the functions of membrane-less organelles and other clusters of molecules called biomolecular condensates, which are thought to regulate a wide range of biological processes.

Daniel Mateju was born in Prague, Czech Republic. He earned his master’s degree from the Institute of Molecular Genetics in Prague and his PhD from the Max Planck Institute in Dresden, Germany. He joined the FMI in Feb. 2018, fascinated by the recently developed methods for single-molecule imaging of mRNAs translation. He is now using these techniques to investigate spatio-temporal regulation of mRNA translation. Daniel is currently supported by a Marie Curie fellowship and previously by an EMBO fellowship. His hobbies include road cycling, hiking and listening to hip-hop music. 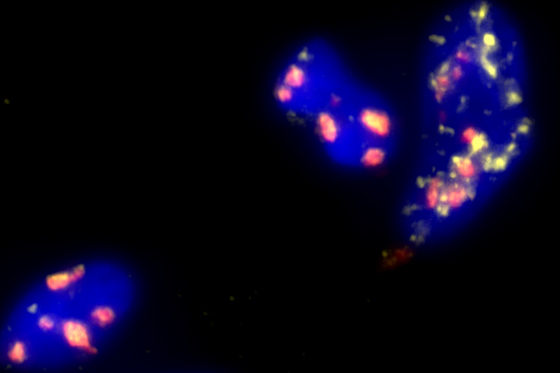 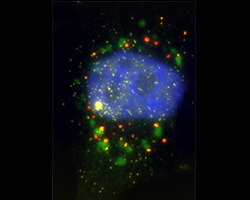 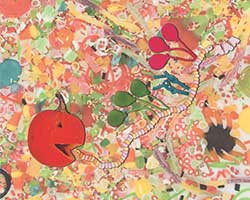 An RNA TREAT for Halloween