In remembrance of Andrew Matus

It is with great sadness that we learned that Andrew Matus passed away on April 26 after a short illness, at the age of 79. Andrew was a group leader at the FMI for nearly 30 years and Titular Professor at the University of Basel. He made pioneering contributions to the field of neurobiology and was instrumental in shaping today’s international visibility of the FMI in the study of neuronal circuits.

Andrew Matus grew up in New Zealand and did his PhD at University College, London, where he later became a research fellow and lecturer. He joined the FMI as a senior group leader in 1978 and stayed at our institute for nearly 30 years, until his retirement in 2007. Andrew was also a Titular Professor at the University of Basel.

Andrew’s research focused on the molecular mechanisms underlying synaptic plasticity in neuronal circuits of the brain. In particular, he concentrated on understanding the dynamic activity of cytoskeletal filaments of neurons, pioneering the use of live imaging. Most notably, in the late 1990s, Andrew and his team discovered that dendritic spines – the tiny actin-rich protrusions that form the contact sites of brain synapses – are the primary sites of plasticity, providing early evidence that structural changes of neurons are possible, which is now considered critical for learning and memory. Thanks to a very early application of green fluorescent protein (GFP), he even captured on video how the spines seemed to “dance”, based on actin dynamics. His work was highly influential and recognized with various awards and honors, including an honorable doctorate from the University of Stockholm.

After his retirement, Andrew continued to be an active member of the FMI community, regularly attending our seminar program and institute events. And he finally had the time to devote himself for his passion for painting.

Andrew was an inspiring scientist and a generous colleague, mentor and friend to many. He had a wonderful sense of humor and was an intellectual with broad interests. Many remember animated discussions with him – not limited to neurobiology, but also about unconventional scientific concepts, philosophy, religion and the arts.

We are grateful to Andrew for his contributions to the FMI and will hold his memory in the highest esteem.

Our thoughts are with his family. 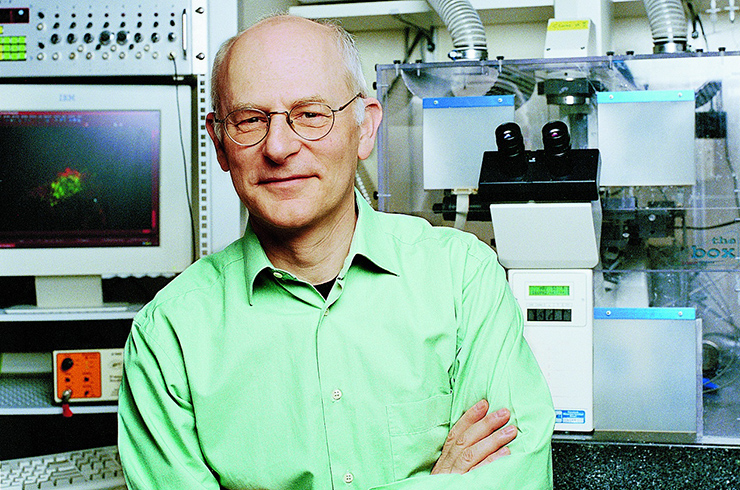