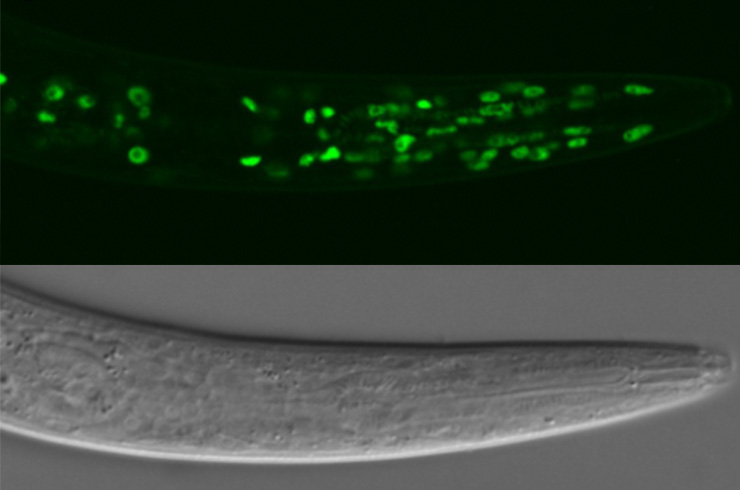 GRH-1 (in green) is a key component of the molecular clock that helps C. elegans worms to shed their outer armor.

Identified: components of the molecular clock that helps some animals shed their skin

Shrimps, flies and other animals shed their outer body covering at specific times of the year or at specific points in their life cycles through a process called molting. Working in worms, FMI researchers identified the mechanisms underlying a molecular ‘molting clock’ — as well as several of the clock’s components. The findings may help to throw light on skin development and regeneration in other animals, including mammals.

Caenorhabditis elegans, a nematode worm and one of the most-studied organisms in the lab, molts as it moves through four larval stages. Scientists have known that the molting cycle of C. elegans is coupled to the rhythmic expression of thousands of genes, but the components of this molecular clock have remained elusive.

Researchers in the lab of Helge Grosshans found that, during C. elegans molting, the periodic patterns of gene expression rely on rhythmic transcription — the process of copying a segment of DNA into RNA. The researchers also identified several components of the molting clock. The team honed in on GRH-1, a protein that regulates the transcription of genes, and found that when this protein is missing, molting lasts longer than usual. A lack of GRH-1 also results in defects in the formation and shedding of the larvae’s outer body covering, which can lead to their death. GRH-1 is required periodically during specific time windows preceding lethargus — a sleep-like state associated with molting, the researchers found.

GRH-1 and other proteins identified in the study have counterparts that regulate the development and repair of epithelial tissues such as the skin in other animals, including mammals. For this reason, the mechanisms underlying rhythmic molting in C. elegans may apply beyond worms, the researchers say.

GRH-1 (in green) is a key component of the molecular clock that helps C. elegans worms to shed their outer armor. 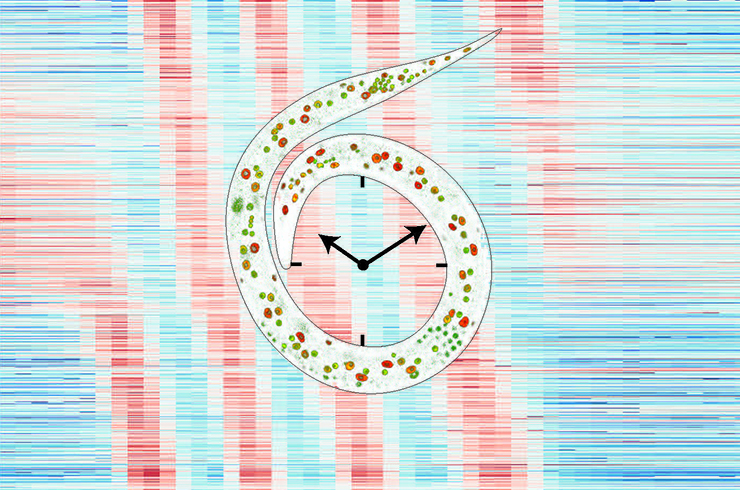 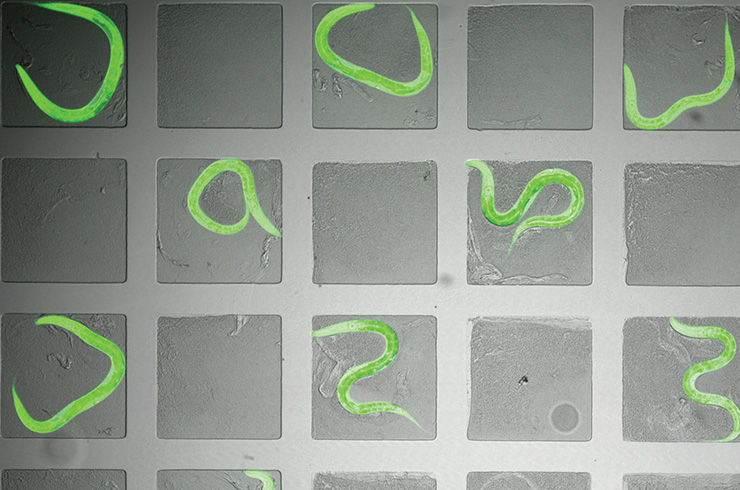 How animals reach their correct size 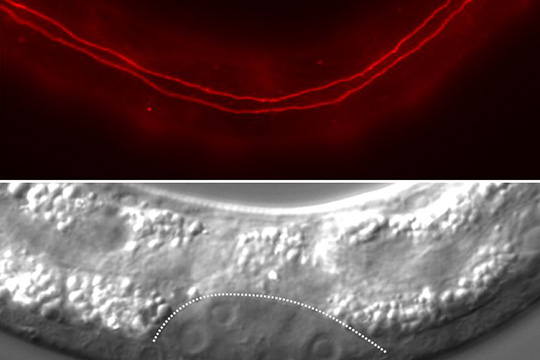