FMI mouse intestinal organoids made it to the Nature cover!

Intestinal organoids recapitulate not only the structure of intestinal epithelium but also its ability to regenerate following damage. Using this research tool, the group of Prisca Liberali unraveled mechanisms orchestrating organoid formation and intestinal regeneration with a unique image-based screening approach. The researchers identified a compound that improves the regeneration of the intestine in vivo.

The last decade has seen a boom in the field of organoids, miniature organs grown from stem cells in vitro. These systems recapitulate the cell type composition and numerous functions of parent organs – such as brain, kidney, intestine or lung – and are perfectly suited for experimental manipulations, making them invaluable tools for researchers worldwide.

Organoids from the intestine - the fastest renewing tissue in mammals – recapitulate not only the structure of intestinal epithelium but also its ability to regenerate following damage. Intestinal organoids can develop from a single cell, driven by the intrinsic capacity of a cell to undergo a regenerative process, building a complicated hierarchical structure through self-organization. However, the factors that drive and regulate this process are not well understood.

Researchers from the group of Prisca Liberali set out to understand intestinal regeneration by mapping the functional genetic interactions regulating this process. For this, they established an image-based phenotypic screening platform, profiling over 400,000 organoids treated with a library of compounds from the Novartis 'Mode of Action box' to assess which compounds affect the organoids. They then classified every organoid by phenotype, generating a unique “phenotypic fingerprint” for each of the 3000 compounds screened.

This unprecedented dataset allowed the researchers to identify 230 genes involved in organoid development and map functional genetic interactions between them. Hits of the screen included an inhibitor of the retinoic acid signaling pathway that promoted the regenerative phenotype in organoids, confirmed by altered gene expression and cell type composition. To validate the findings in vivo, the FMI researchers teamed up with the group of Rui Zhao from GNF (Genomics Institute of the Novartis Foundation). The team showed that mice with radiation-induced intestinal damage recovered better when treated with the compound, showing improved tissue regeneration and reduced weight loss.

“This study represents an incredible technical tour de force, and the screening platform we developed can be applied widely, to many systems”, says group leader Prisca Liberali. “We established the first map of functional interactions in intestinal organoid development. Furthermore, we identified a compound that selectively affects regenerative cells, prolonging the time cells spend in a regenerative state without causing uncontrolled cell division. We believe that our findings pave the way for novel therapies to promote regeneration and recovery of the intestinal epithelium following acute damage, for instance in cancer patients receiving chemo- or radiation therapy.”

Another plus point of the study: It generated plenty of very photogenic organoids! Nature journal decided to put an organoid image from this study on the cover of the October 8th issue.

FMI mouse intestinal organoids made it to the Nature cover! 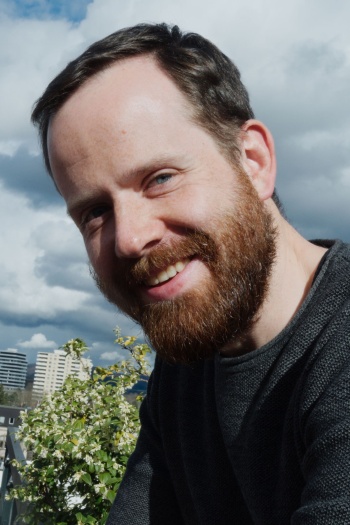 Ilya Lukonin grew up in Tallinn, Estonia. After school, he moved to Germany where he studied biochemistry at the Freie Universität Berlin. Driven by his interest for imaging and multivariate data analysis, he joined the lab of Prisca Liberali in 2015 for a PhD project where he investigated the molecular mechanisms that underlie the development of intestinal organoids by means of high content screening (HCS). Ilya defended his thesis in 2019 and is currently responsible for supporting HCS projects at the FMI. Ilya’s hobbies include reading, mountain hiking and travelling.
Ilya was awarded the FMI Chiquet Originality Prize 2020 for this study.