Congratulations to our fellowship winners

We are pleased to announce the latest FMI winners of prestigious research fellowships, including EMBO, Maria Sklodowska-Curie Actions (MSCA), Human Frontier Science Program (HFSP) and Boehringer Ingelheim Funds (BIF). These grants, targeted at postdocs (and students for BIF), are highly competitive and known worldwide for promoting innovative and interdisciplinary research.

Maria Sol Fustinana Gueler (Synapsis Foundation, Career Development Award) did her PhD at the University of Buenos Aires, Argentina and joined the group of Andreas Lüthi as a postdoc in 2013. Sol is fascinated by how brain networks generate stability and flexibility to shape the adaptive behavioral output of the animal, and by the corresponding dysfunctions in brain disorders. During her postdoc she used deep-brain calcium imaging technique in mice engaged in social or spatial exploration, revealing that these state-dependent behaviors are encoded by distinct neuronal ensembles of the amygdala. Understanding how the brain switches between behavioral states might provide important insight on what goes awry in psychiatric disorders and identify potential strategies to alleviate dysfunctional behaviors. The award from the Synapsis Foundation will enable Sol to establish her own independent research direction, addressing the interplay between circuit and molecular mechanisms in memory plasticity in the healthy and diseased brain.

Ronan Kapetanovic (Marie Curie fellowship) completed his PhD in Immunology at the Institut Pasteur in Paris, France before working as a postdoc in Scotland and Australia. His research aims at characterizing host-pathogen interactions and deciphering how our immune system recognizes and eliminates microbes. In Feb. 2021, he joined the group of Patrick Matthias where he will investigate the importance of HDACs in the innate immune system and their role as regulator of the inflammatory and antimicrobial response. Ultimately, Ronan’s goal is to discover new mechanisms that can be modulated to enhance our own immune system, rather than targeting directly the microbes. With the increasing threat of multi-drug resistant bacteria, this question has become of paramount importance.

Paola Patella (Marie Curie fellowship and EMBO fellowship 2020) completed her PhD in Neuroscience at Harvard Medical School, Boston, US. She joined the group of Silvia Arber in 2019. In her postdoctoral research, she is working to uncover circuit and physiological mechanisms that underlie the initiation and execution of voluntary motor acts, leveraging the lab’s expertise in the anatomy and function of peripheral circuits that control specific motor actions. This research will bring new insight into how different systems in the brain work together to achieve a smooth and effortless control of body movements, and might ultimately shed light on pathological states in which voluntary motor control is impaired, such as in Parkinson’s disease.

Nicole Repina (Marie Curie fellowship) received her PhD degree in Bioengineering from the University of California, Berkeley, USA. She joined the group of Prisca Liberali as a postdoc in Jan. 2020 where she is working to uncover the molecular mechanisms driving cell heterogeneity during tissue development. Using imaging and transcriptomic methods, she is studying how stochasticity in individual cell states can lead to phenotypic diversity on a tissue level. This research will elucidate how multiple cell types can emerge simultaneously within a population of cells during development and tissue regeneration.

Cornelia Schwayer (selected for both: EMBO fellowship and HFSP fellowship) did her PhD at the Institute of Science and Technology (IST) Austria. She joined the group of Prisca Liberali in May 2020 to work on symmetry breaking in a 3D self-organizing system of intestinal organoids. In her project, she wants to understand how an initially uniform system of intestinal stem cells can adopt asymmetry, in a process where only a subset of cells acquires a different cell fate resulting in proper tissue patterning. In particular, she will investigate the role of a kinase that has recently been identified in symmetry breaking and tissue patterning. This research will provide key insights into the phenomenon of symmetry breaking and the emergence of complexity, which is fundamental for many regenerative and developmental processes.

Andras Szönyi (EMBO fellowship) completed his PhD in Neurosciences at the Semmelweis University, Budapest, Hungary. He joined the group of Andreas Lüthi in 2019. In his postdoctoral project, he is using 2P calcium imaging to record the cellular activity of basolateral amygdala neurons in awake mice during fear learning, followed by the identification of the recorded neurons. The expression pattern of different molecules related to the activity of the identified neurons will be characterized using quantitative anatomical methods. His research will bring us closer to the mechanistic understanding of how the basolateral amygdala neurons encode emotion-related memories.

Pratik Dave (EMBO fellowship) completed his PhD at the Indian Institute of Science in Bangalore, India. He joined the group of Jeffrey Chao as a postdoc in Sept. 2018, focusing on the study of mRNA translation and mRNA decay via single-molecule imaging. By simultaneously looking at mRNA translation and decay, this work will provide insights on how these distinct bio-molecular processes are interconnected in cells. 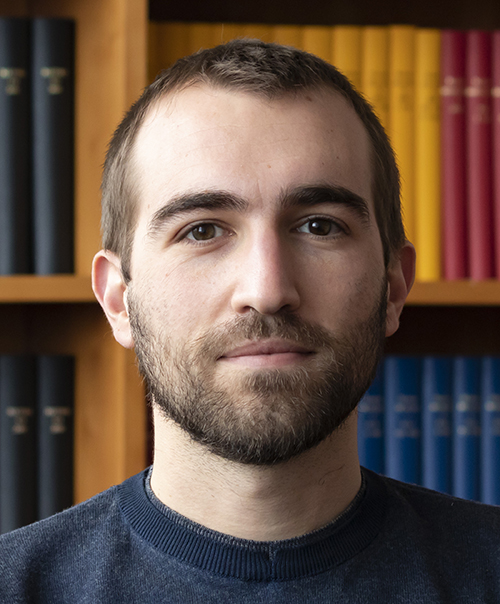 Mario Iurlaro (EMBO Advanced fellowship) received his PhD from the University of Cambridge, UK. He joined the group of Dirk Schübeler as a postdoc in 2017. His work focuses on understanding mechanisms of gene regulation in chromatin, with a particular focus on chromatin remodelers (large protein complexes that regulate several fundamental processes and are the most frequently mutated protein family in cancer). Mario uses genetics and functional genomics in mouse embryonic stem cells to understand the mechanisms regulating the functional interaction between chromatin remodelers and transcription factors.


It is much less common for PhD students than for postdocs to be awarded a fellowship. However, students at the FMI have benefitted from Boehringer Ingelheim Fonds (BIF) fellowships in the past. Also in 2020 we had two new BIF-fellows at the FMI.

Tobias Hochstoeger (BIF fellowship) did his master’s at the Institute of Molecular Pathology (IMP) in Vienna. He joined the group of Jeff Chao in March 2019 as a PhD student. For his research project he studies how protein complexes are assembled in the complex environment of a living cell. For this, he is developing a method to co-localize reporter mRNAs in order to study the effect of mRNA co-localization on protein complex assembly. This work will help elucidate the general principles governing co-translational assembly and advance our knowledge of protein assembly.

Carolin Warnecke (BIF fellowship) conducted her master’s in Biochemistry in Tübingen. She joined the group of Johannes Felsenberg in July 2019. In her PhD project she is investigating the so-called reconsolidation process which is thought to be a mechanism to reevaluate and update memories. In reconsolidation a reminder cue leads to destabilization of a stable memory which then has to be restabilized to persist over time. In its destabilized stage the memory can not only be updated but also deleted. Basically, Carolin wants to get new insights into the mechanism underlying the destabilization step of memory reconsolidation, which holds potential to treat maladaptive memory disease like posttraumatic memory disease or drug abuse. 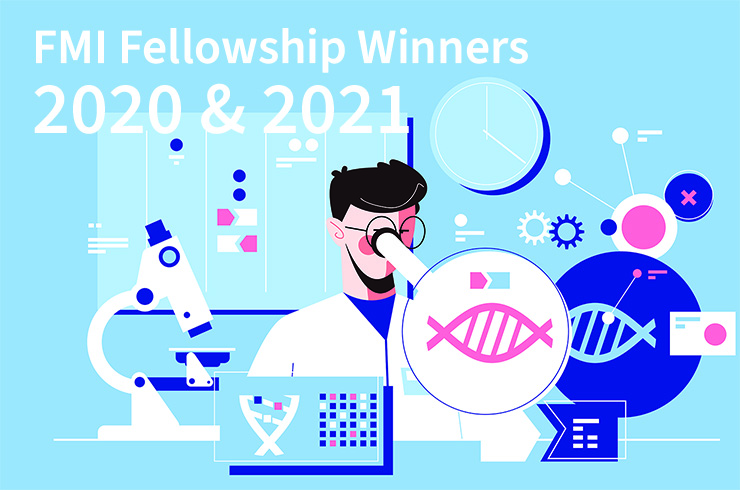