Pico Caroni awarded 2021 Science Prize of the city of Basel

The governing council of Basel awarded this year's Science Prize of the city of Basel to Prof. Dr. Pico Caroni. The neurobiologist, who is a group leader at the FMI and professor of neurobiology at the University of Basel, is being honored for his life's work in basic neuroscience research - memory research in particular - and for establishing Basel as a main center for research in the field of neuronal circuits.

The Science Prize of 20,000 Swiss francs aims to honor the importance of scientific research for our society and culture, and to bring it to public awareness. It is awarded annually, and on a rotational basis by the seven faculties, to researchers who are related to the University of Basel and have distinguished themselves through outstanding scientific achievements.

This year’s recipient, Pico Caroni, is an expert on neuronal circuit research. He uncovered the mechanisms by which neurons in specific networks in the central nervous system play roles in memory and learning. Thanks to the development of new methods, Caroni and his research group were able to track structural plasticity of neurons - represented by the formation, maintenance and turnover of synaptic connections - and visualize their changes. These findings are not only of extraordinary importance for basic research, but also for the understanding of neurodevelopmental conditions such as autism and schizophrenia.

Beyond his own research work, Pico Caroni has been committed to Basel as a research hub for many years. He established Basel as an international center on neuronal circuit research thanks to his key role in recruiting outstanding scientists and promoting interactions between research group leaders from different institutions such as the FMI and the Biozentrum.

Born in Locarno, Switzerland in 1952, Caroni obtained a PhD in biochemistry from the ETH Zurich. He then became a postdoc at the University of California in San Francisco and subsequently an assistant professor at the Brain Research Institute of the University of Zurich. He joined the FMI as a group leader in 1989 and has been with us since then.

We are proud of the achievements of Pico Caroni and congratulate him for his latest award! 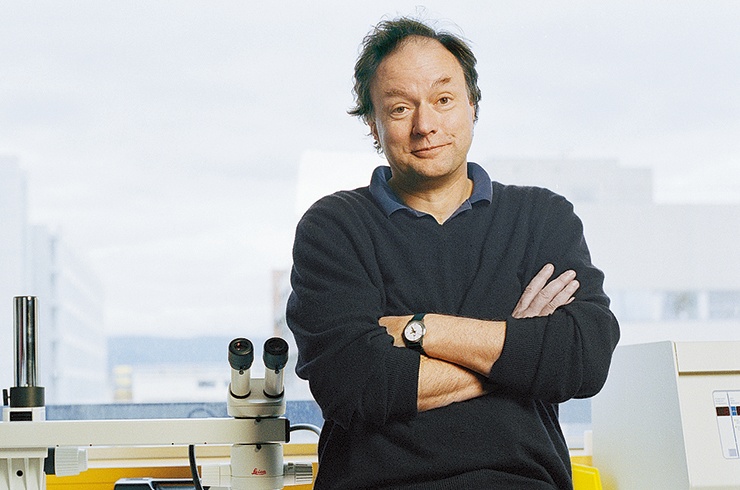