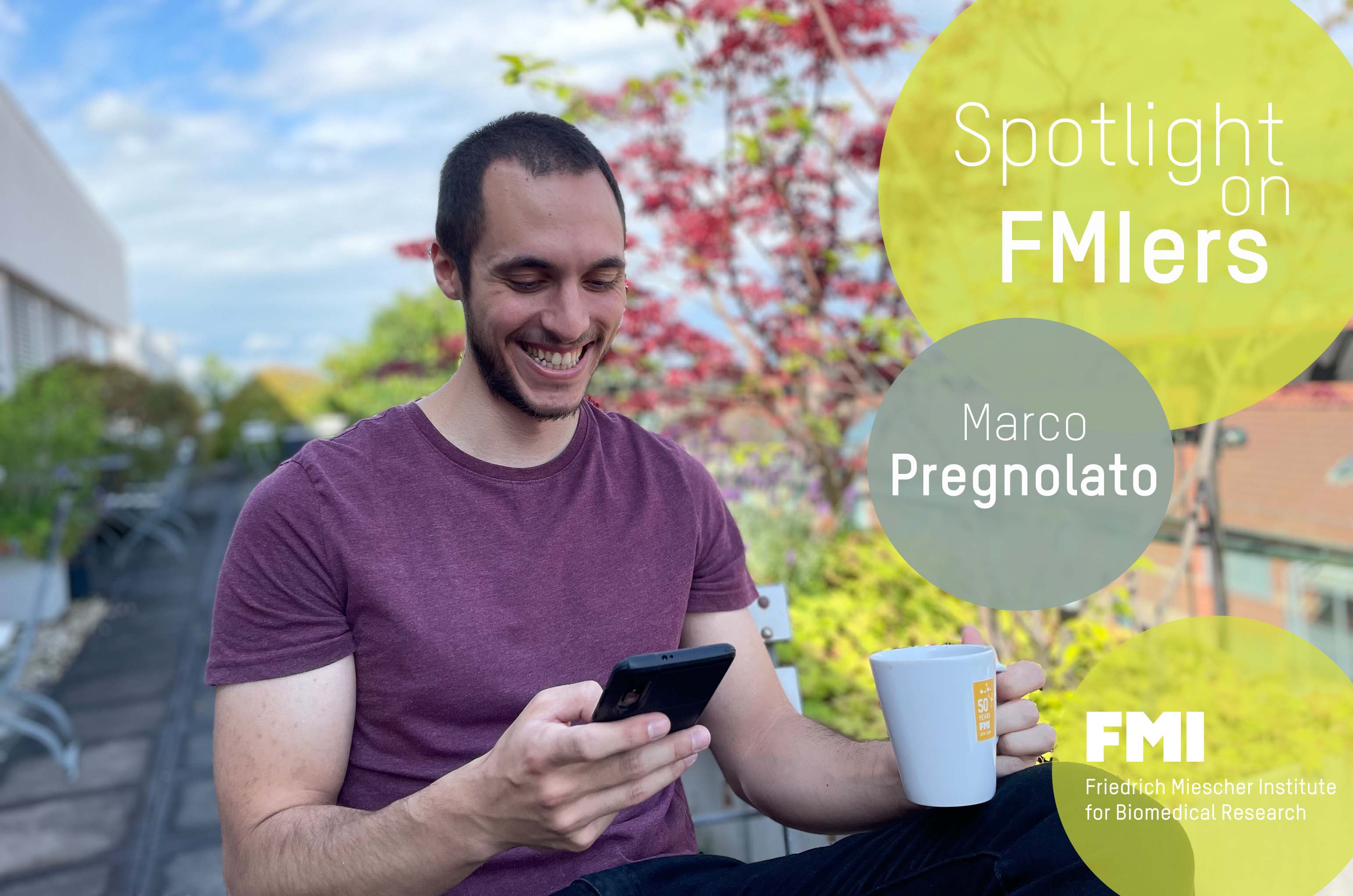 Spotlight on FMIers showcases the lives, work and passions of the institute’s researchers and support staff. This time, PhD student Marco Pregnolato tells us about his efforts to communicate science to the public and his dream of making a short film about climate change.


With more than 4,000 followers across different social media platforms, Marco Pregnolato is quickly becoming a ‘science influencer’. On his channels, Marco shares knowledge on emerging coronavirus variants, COVID-19 jabs and other science-related topics, and breaks down complicated concepts into engaging, bite-sized content. He’s on Twitter, Instagram, YouTube and Facebook, and also writes about tech and science for a student-led blog called AlterThink (only available in Italian).

Hundreds of people follow you on social media to read and watch your content. How did your venture into science communication start?
I always wanted to communicate science to the public, but I never had the time to do it. Last year, as the Swiss government imposed a lockdown amid the first coronavirus surge, I said, “now that I have to stay at home, I can record some videos.” I decided to go on YouTube because it allowed me to upload long videos where I could explain stuff well. My main goal was to reach people who don't really know much about science, so I used an easy language and simple animations. After a while, I discovered Twitter, where now I have more than 2,000 followers: some of them are very curious, always asking questions about science — that’s really what I was looking for. Being on Twitter also allowed me to get noticed by the editors of AlterThink, who were looking for someone to start the science section of the blog.

Which social media channels do you use the most?
In the past months, I’ve been lagging behind with YouTube videos, but I try to be active every day on Twitter and Instagram, where I post about COVID-19 and other science news. For example, recently I wrote about a new kind of gene therapy that restored partial vision in a blind person: I wanted to show people that we are doing cool stuff in science. On Instagram, I also started participating in live broadcasts with other science communicators, where we discuss and answer questions about COVID-related news. For example, I recently had the opportunity to show the FMI lab where I work and all its equipment during a live broadcast hosted by a well-known Italian science influencer.

During the coronavirus pandemic, social media have enabled and amplified false or misleading information about measures to contain the spread of the virus. Is there a particular reason why you wanted to communicate science to the public?
Misinformation about science was already there before the pandemic, though with COVID-19 it got extreme. In Italy, there are some good communicators, but in general, scientific findings are often misreported in news media. My goal is to convey information without the hype that you get from some mainstream media, where every new potential antitumor drug immediately becomes the universal cure for cancer.

How do you keep up with communicating science across different platforms?
I usually do stuff during the weekend or in the evening, after work. Making videos is time-consuming: you have to decide what to say and then set up the lights, the camera, check the audio. It can take an entire afternoon to record a five-minute video and two weeks to put it together. Twitter is much faster: I can tweet and reply during lunchtime or coffee breaks, though the brevity of tweets doesn’t lend itself to long explanations. Instagram is the best compromise: I can easily record videos on my way home, or create posts in 10-15 minutes. Gathering information and writing articles for the blog takes days, so this is something I do about once a month.

Do you need expensive equipment to record videos?
Not really. To record videos for Instagram, my smartphone is enough. For YouTube videos, I got the lights and other video gears on the web. My dream at some point is to make a short film, so I bought a camera that could allow me to do it, but it's not a particularly fancy or expensive camera.

Tell us more about this short film.
I want to do something about climate change and I like the concept of a dystopic environment, so the idea is to set the film 100 years from now, in a world where there’s shortage of water and food, and people have to move somewhere else to get a better life. I started writing the script, and I’m enjoying it because I’m creating something myself — I like creativity in general.

You’re about to finish your PhD at the FMI. Are you considering a career in science communication?
No. Science communication is something that I would like to do as a hobby, but I want to stay in science: I like experiments and data, I like the feeling when something works and I can say, “I made it.” It’s very rare, but it happens.

Marco Pregnolato was born and raised in Turin, Italy, where he studied molecular biotechnology before getting a 6-month internship at the Novartis Institutes for BioMedical Research in Basel. In 2017, Marco joined the Schübeler’s group at the FMI, where he studies how factors that regulate gene expression bind the DNA molecule when it’s wrapped around histone proteins. Besides moviemaking and communicating science to the public, Marco practices weightlifting, plays football, and trains the FMI football team. He also likes photography and plays the electric guitar, but he swears he’s a lazy person. 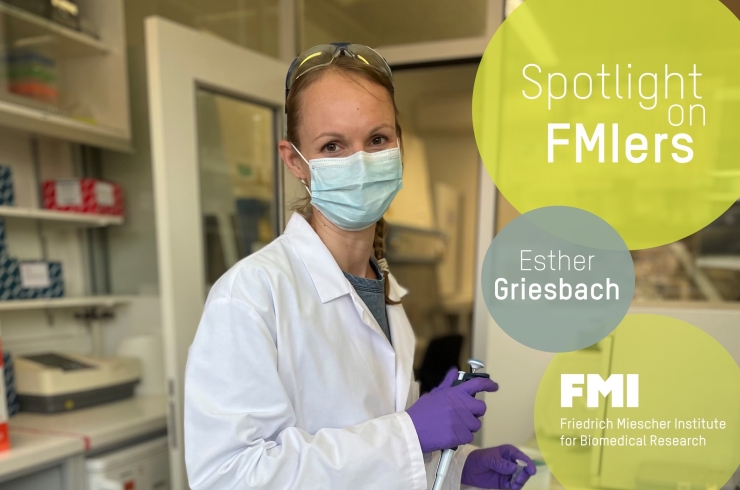 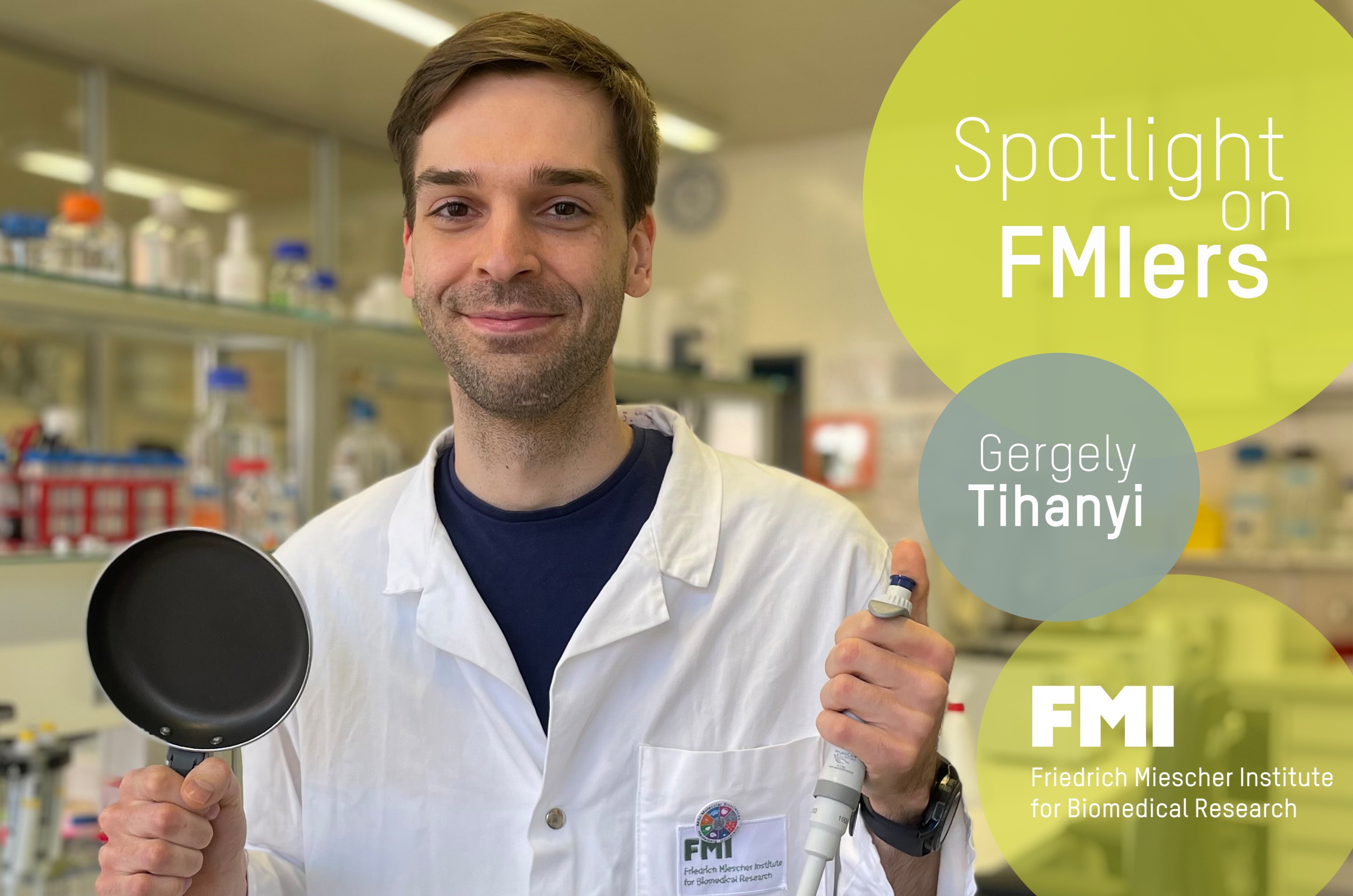