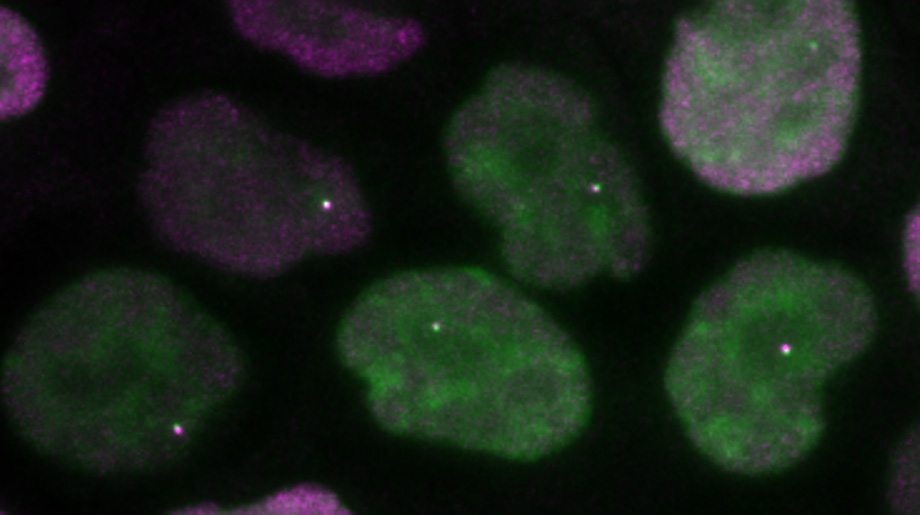 Contacts between DNA sequences become longer and more frequent in the presence of the cohesin protein complex and a protein called CTCF, FMI researchers have found. (Image credits: Pia Mach)

New work by FMI researchers shows that key proteins help to stabilize the interaction between otherwise highly dynamic DNA structures. The findings shed light onto how the complex folds that help to fit nearly two meters of DNA into the cell’s nucleus influence important biological processes.

The genome is organized into 3D structures that can control gene expression by bringing genes together with their regulatory elements. However, it is unknown if contacts between DNA sequences are rare and stable or if they are frequent and transient.

Researchers in the group of Luca Giorgetti tagged sequences within self-interacting DNA regions with fluorescent proteins. Then, they watched how the sequences interacted with each other in living cells over several hours.

The researchers found that the DNA sequences came frequently into close proximity, but they stayed next to each other only for a few minutes. The contacts became longer and more frequent in the presence of the cohesin protein complex and of DNA snippets that are typically bound by a protein called CTCF. In the cell, CTCF and cohesin help to shape the DNA molecule into loops of various sizes.

The team also developed physical models of chromosome dynamics, which suggest that DNA loops that are pinched together by CTCF can last up to 15 minutes.

The findings shed light onto how these complex folds influence key processes such as the regulation of gene expression.

Contacts between DNA sequences become longer and more frequent in the presence of the cohesin protein complex and a protein called CTCF, FMI researchers have found. (Image credits: Pia Mach)

About the FMI co-first authors:

Pia Mach hails from a small village near Cologne in Germany. Before joining the FMI in 2018 as a PhD student in the Giorgetti group, Pia completed a Bachelor’s and Master’s degrees in Biochemistry at the University of Tübingen. In her free time, she enjoys cooking, meeting friends, swimming in the Rhine and skiing. Pia is a fellow of the Horizon 2020 Marie Sklodowska-Curie Innovative Training Chromdesign.

Pavel Kos was born on Sakhalin Island and grew up in western Russia. Pavel did a PhD in polymer physics at Lomonosov Moscow State University before joining the Giorgetti group as a postdoctoral fellow in 2019. His favourite hobbies are running, snowboarding and playing the guitar. This year, Pavel received the Best Talk Award at the Basel postdoctoral community retreat. 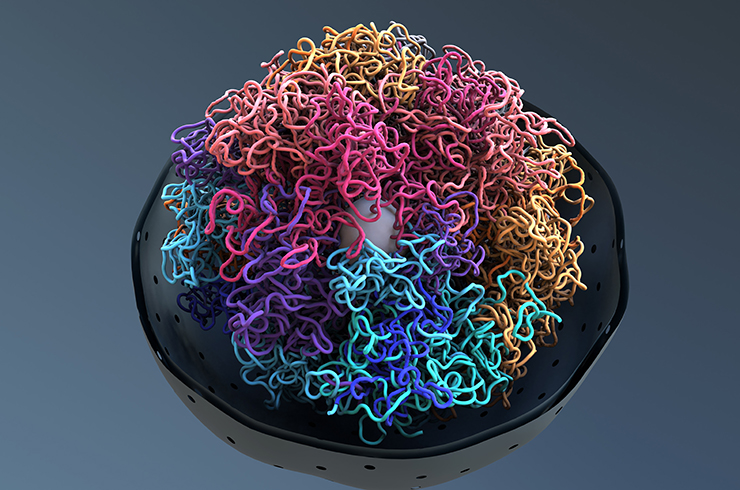 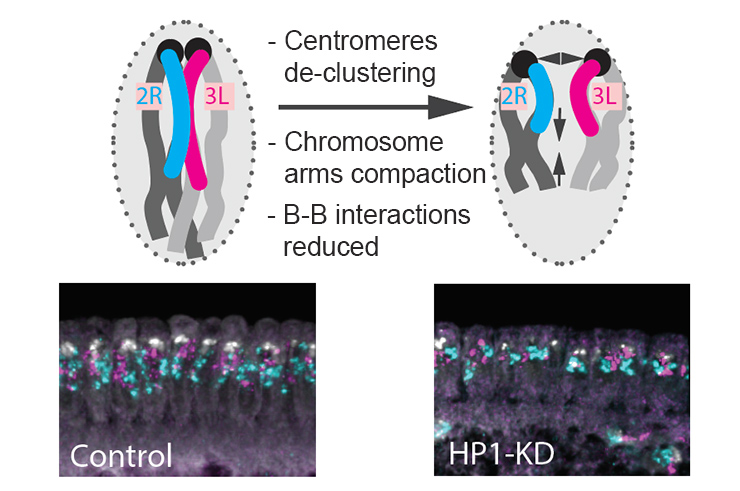 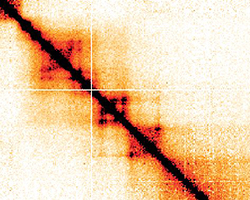